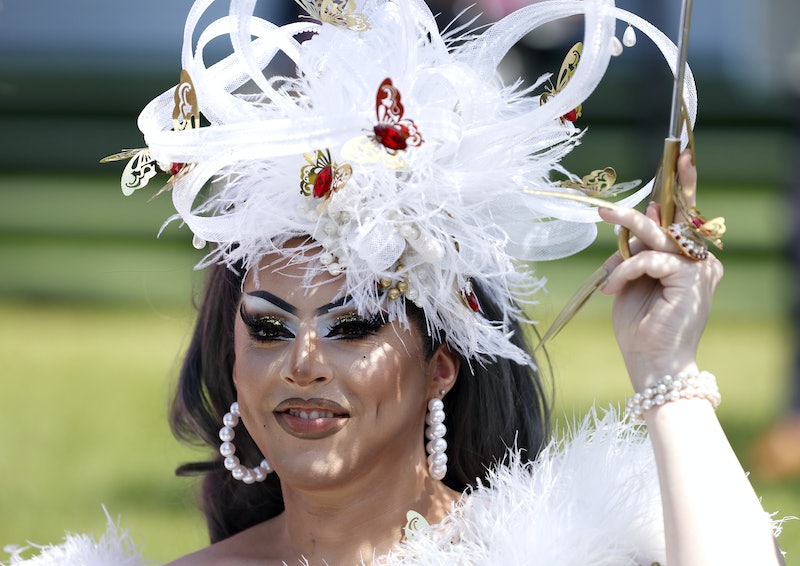 The Drag Race community is in mourning today, after it was announced that Cherry Valentine, aka George Ward, the RuPaul’s Drag Race UK star, died on Sept. 18. Valentine’s talent agency issued a statement from Ward’s family, who described their pain and sorrow after his tragic death. “This will come as a profound shock to most people & we understand there is no easy way for this to be announced,” the statement read. “As his family, we are still processing his death and our lives will never be the same. We understand how much he is loved and how many lives he has inspired and touched. All we ask is for your patience and your prayers in this time. We love you Georgie.”

The 28-year-old drag queen found fame in season 2 of RuPaul’s Drag Race UK in December 2020, and later went on to front the BBC documentary Gypsy Queen & Proud. In it, she shared the difficulties of growing up queer in the Traveller community, giving a voice to a subject and people that many may not know enough about.

As the first Drag Race competitor from the Romani community, Valentine made herstory. Speaking about taking part in RuPaul’s UK show, Ward said: "I just wanted to go on and show wherever you come from, whoever you are, you can do whatever makes you happy."

Per Pink News, Ward was also a qualified mental health nurse. Valentine spoke openly about the importance of mental health, and was involved in the vaccine effort during lockdown. Her stage performances and music videos – she starred featured in Charli XCX’s music video of “Good Ones” – were an inspiration to many, also.

Tributes from fellow queens and World Of Wonder, the company behind Drag Race, have been flooding in since Ward’s passing was announced, which are gathered here below.