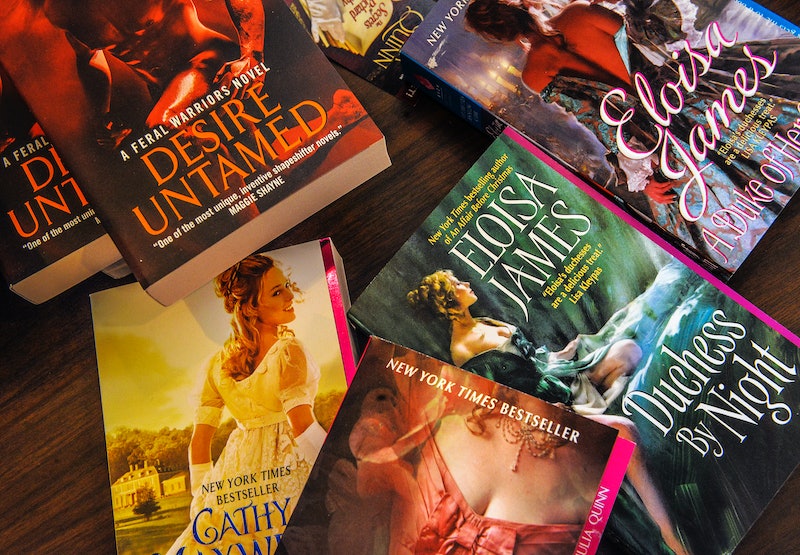 The day after the U.S. Supreme Court overturned Roe v. Wade, author Brighton Walsh posted on her personal Facebook account: “Are any of my friends putting together an anthology to benefit reproductive rights? If so, I’d love to contribute.” Within the hour, Walsh, who’s written more than a dozen romance novels, received more than 100 responses from other romance authors. “Girl, let’s do it,” Nicole French commented. Brooke Cumberland echoed her sentiment. They got to work.

Released on Sept. 6, Dissent is a three-book anthology featuring new, original work from 150-plus authors. With its release, Walsh, French, and Cumberland organized a four-day auction with more than 240 listings from other romance authors, such as donated signed books, swag, and book boxes. The auction raised more than $25,000, and Dissent ended up on USA Today’s best-seller list. All proceeds were donated to Planned Parenthood, the National Latina Institute for Reproductive Justice, and the Center for Reproductive Rights.

“That was all organic sales,” French tells Bustle of Dissent’s success. “Nothing but word of mouth. It’s hard to really understand what a triumph that is in publishing. And to see a reproductive rights fundraiser on the USA Today list — I mean, that was never the goal for the anthology, but what a great thing.”

When it comes to reproductive rights, romance authors are their own political power. The billion-dollar industry made 23% of the overall U.S. fiction market in 2016 and has a dedicated audience, 82% of whom are women, per Romance Writers of America. Despite the genre’s popularity, romance books are still often degraded to non-serious, non-literary works, even though their stories center agency for women and underrepresented groups. These attitudes are so pervasive that the community at large is often overlooked. But disregard them at your own peril.

“Choices, access, self-empowerment. These are themes that return again and again within romance novels,” says author Eva Leigh. “When legislators are making decisions about whether you have a choice about the course of your life, it’s deeply impactful. And that makes people want to mobilize, especially within the romance community, because this is what we’re [writing about].”

It’s not uncommon for the romance community to organize. In the past, authors have raised funds to help victims of the Uvalde shooting, to support Stacey Abrams in turning Georgia blue, and to aid communities during the Australia wildfires.

As soon as the Supreme Court’s draft opinion leaked in May, they started planning. That month, the Meet Cute Romance Bookshop & Fizzery in San Diego, California, raised more than $46,000 in a three-day auction. And last month, the Brooklyn bookstore Books Are Magic, co-run by author Emma Straub, hosted a virtual fundraiser with a star-studded lineup of authors such as Jasmine Guillory and Jenny Han. They raised more than $10,000. If people want to understand women’s perspectives, especially ahead of the midterm elections, they need to start paying attention to the romance community, French says.

“There’s a real disconnect between the idea that ‘Women can go to law school, medical school, have their own credit cards and bank accounts, and get divorced and keep custody of their children’ — which wasn’t the case, like, 150 years ago — but we’re not going to let them make medical decisions about their bodies,” adds author Caroline Linden, who participated in the Meet Cute auction. “Once you start undermining somebody’s right to determine what happens with their body, you start undermining their right to make choices for themselves.”

More like this
The Indigo Girls Taught Me Queer Relationships Could Be Messy, Too
By Hannah Soyer
Marcus Mumford, Open Book
By Ilana Kaplan
Kim Kardashian On The Beauty Hack That “Changed My Life, My Skin, My Confidence”
By Taylor Jean Stephan
Allie Rowbottom Will Have Her Feminism With A Side of Botox
By Samantha Leach
Get Even More From Bustle — Sign Up For The Newsletter