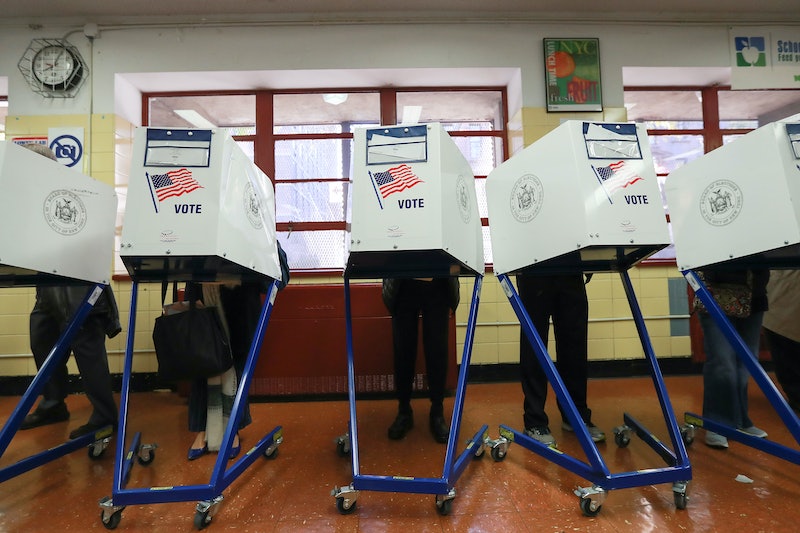 The excitement of voting can quickly fade if you show up to find long lines. The wait at polling places can vary wildly, but there are some times of day that seem to attract a large number of voters, no matter where they are. Consequently, the best time to vote on Election Day probably won't surprise you.

Over 75 million people have already voted in the 2020 election, and many of them faced lengthy early voting lines thanks to social distancing and sanitation measures. Depending on where you are, lines to vote may be extremely long. With COVID19 precautions in place and what could be the highest voter turnout in a century, experts are predicting very long waits on Election Day itself. Early voters have been waiting for up to six or even 10 hours, so go into your Tuesday accordingly.

When Do Polls Open?

Polling places are generally open from as early as 6 a.m. to around 8 p.m, depending on where you live, though some close earlier or later. Some polling places may have different hours, so double check official sources where you live. As you might expect, most people head to the polls either before work, during their lunch break, or after work each year, as NPR notes. That means anyone looking to go at a non-peak time should try for mid-morning or mid-afternoon.

What Should I Bring To The Polls?

Even if you do everything in your power to avoid long lines, it's still possible you'll have to wait to cast your ballot. It helps to be prepared with a coat if you live in a cold climate, comfortable shoes, hand sanitizer, and snacks to tide you over, as well as a portable phone charger or something to read. If you can't go until the end of the day, you're allowed to vote as long as you're already in line when the polls close.

Over 71 million Americans are voting by mail this year. If you had planned to vote by mail but missed the mail-in deadline in your state, don't panic. According to Vox, 20 states allow people to drop their mail-in ballots at their local election office, while 40 offer drop boxes for people to hand-deliver their ballots. Experts tell NBC News that mail-in voters can also vote in person, bringing their absentee ballot along with them. They'll still let you vote, but the procedure will differ between states; Vote411 has a state-by-state rundown of the rules.

You may also be in luck if you weren't already registered to vote this year. Twenty-one states and the District of Columbia allow residents to register on Election Day, by the National Conference of State Legislatures' count. North Carolina only allows same-day registration during their early voting periods (not on Election Day), while New Mexico passed legislation allowing same-day registration in 2019 but hasn't implemented it yet. Alaska only allows it when you're voting for President. You generally need a current driver's license or other photo ID in order to register at your polling place. Voter ID requirements vary state by state, so double check if your state requires a certain form of ID.

If you want to optimize your time by skipping the lines, leave a few free hours in your schedule during normal working hours. Otherwise, be prepared to wait to earn your 'I Voted' sticker.

This article was originally published on November 5, 2018