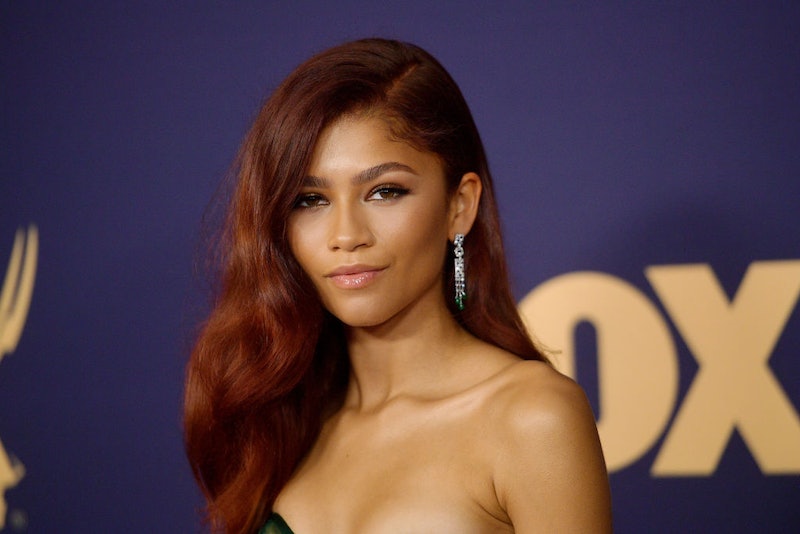 For movie buffs, it’s all about the Oscars, and if you’re a fan of television (which is truly in its golden era), then you’re no doubt looking ahead to the 74th Primetime Emmy Awards, happening Monday, Sept. 12 in Los Angeles. Golden statues will be handed out for expertly written scripts and awe-inducing performances, but, before the ceremony commences, there’s a just-as-entertaining red carpet to watch. You know the deal: Celebs strut it out showcasing fashion and beauty looks that are guaranteed to be buzzed about for days — whether because they’re way too good, or, erm, not so great.

It’s impossible to say for certain what television’s biggest night will bring when it comes to style (lots of Barbiecore? Futuristic manis?), but it’s probably a safe bet to expect ’90s beauty nods to show up on the 2022 Emmys red carpet. Details that defined the era — like pencil-thin eyebrows and nostalgic hair accessories — have been popping up all over the place. And, TBH, ’90s style has been a regular on the Emmys red carpet in recent years. So, as a throwback (but also as sort of a look forward), Bustle rounded up the best, most swoon-worthy ’90s beauty moments seen at the Emmys in the last handful of years.

Ahead of Monday’s ceremony, scroll on to relive some of the greatest ’90s hits.

More like this
A Definitive Guide To All 52 'Real Housewives' Beauty Brands
By Audrey Noble
How To Get Wednesday's "Soft Goth" Lip, Straight From The Makeup Designer
By Audrey Noble
Jenna Ortega's Hair Routine Occasionally Involves Washing Out Fake Blood
By Olivia Rose Ferreiro
The 117 Best Black Friday Beauty Deals Of 2022 To Shop
By Audrey Noble
Get Even More From Bustle — Sign Up For The Newsletter