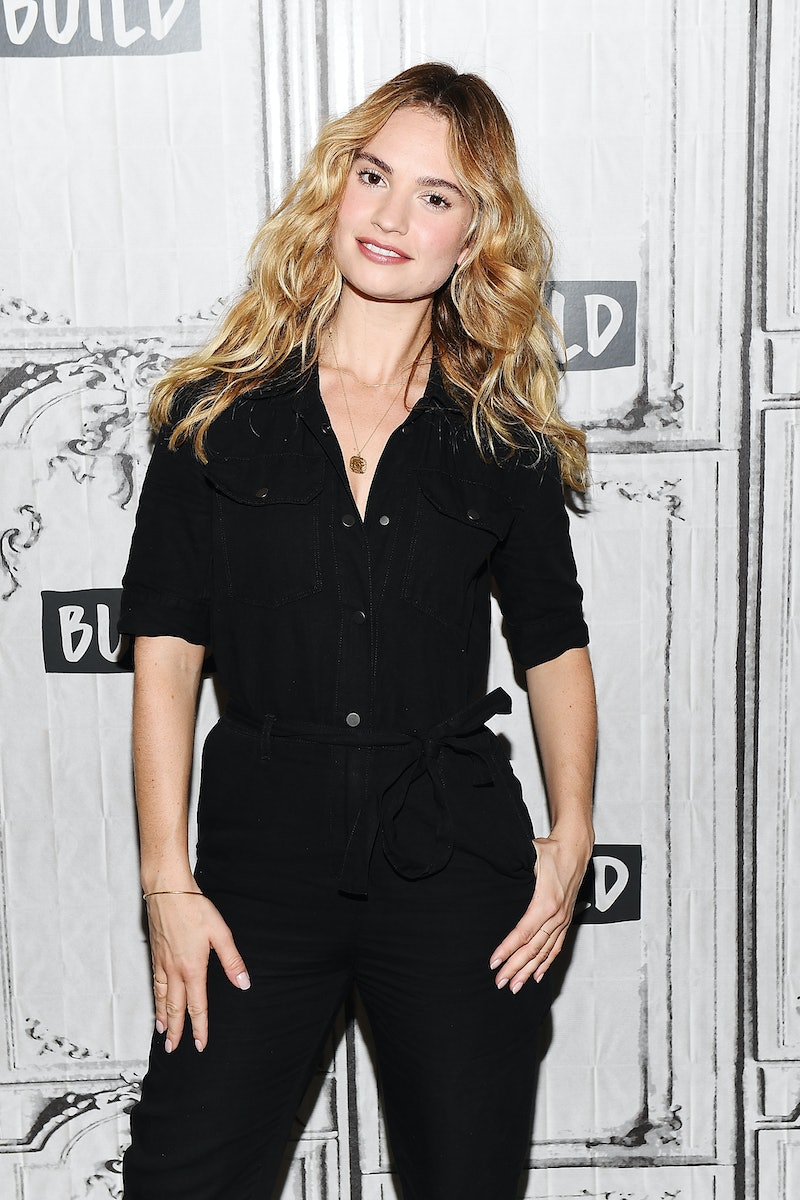 Perhaps Lily James is not quite ready to leave behind the role of Pamela Anderson after all, with the actor choosing to return to bright blonde tresses, which she recently debuted on Instagram. The actor had most recently portrayed the Baywatch bombshell Anderson in the Hulu series Pam & Tommy. Along with Sebastian Stan in the role of Tommy Lee, the Internet had a collective meltdown over James’ wild transformation with the help of prosthetics and a gruelling training regime.

While a bolder sense of style had seeped into James’ wardrobe choices since the series premiered, the actor had quickly ditched Anderson’s iconic blonde hair in favour of her own natural mocha shades. But now, at the height of summer, James has returned to the life of a blonde, documenting the process with her hairdresser, John MacPherson, on Instagram Stories.

Soft, face-framing curtain bangs suit the new buttery blonde shade to a tee, which also accentuates her summer tan. MacPherson had chosen to leave some natural colour untouched at the roots, bringing the blonde shades up with balayage instead for a lived-in vibe and extra dimension.

Going from brunette to blonde in a single sitting is no small feat, as the multiple rounds of bleaching needed to sufficiently lift the colour will usually fry the hair into becoming damaged and brittle. The balayage towards the crown of James’ head will have meant that her scalp was mostly spared from the harsh bleaching, but there’s always the danger of the hair itself ending up feeling like straw — not that James’ new do looks the least bit damaged in that way.