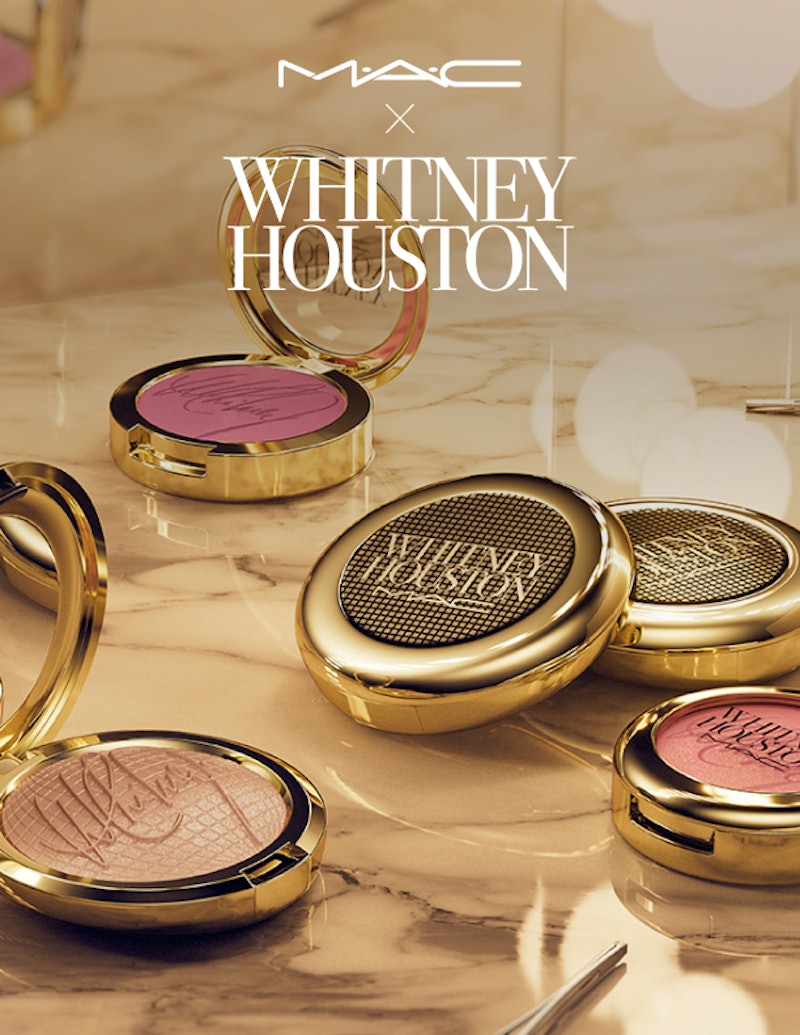 While everyone waits for the highly anticipated Whitney Houston biopic I Wanna Dance With Somebody to premiere later this December, M.A.C. Cosmetics is gifting Houston fans everywhere something very special. In partnership with the Whitney Houston estate, the beauty brand is launching the limited-edition Whitney Houston collection on December 8 in honor of the legendary singer.

“Whitney was always a champion of women feeling beautiful, whether it was a major event or just for everyday wear,” Pat Houston, Whitney’s sister-in-law and executor of the estate of Whitney E. Houston, writes in a press release on the collection. “Our work with M.A.C. is about creating a line that can meet all of those needs. The line will be true to the eye and lip colors that she loved to work with.”

The biopic stars Naomi Ackie as Whitney Houston and Stanley Tucci as music producer and recording executive Clive Davis. According to Sony Pictures, the film will tell the story of Houston’s rise to fame and take a “no-holds-barred portrait of the complex and multifaceted woman behind The Voice.” While Ackie will not lend her singing voice (instead, the film will be using Houston’s vocals throughout), fans are excited for the actor to capture Houston’s essence on screen.

You can watch I Wanna Dance With Somebody when it premieres on December 21, 2022 in theaters. Until then, enjoy and play with the fun and glamorous makeup to celebrate the star and icon that is Whitney Houston. The Whitney Houston Collection will be available at M.A.C. stores and maccosmetics.com on December 8, 2022.

More like this
The Best Beauty Looks Spotted At Paris Couture Week 2023
By Audrey Noble
This Week’s New Makeup Releases & More Beauty Headlines
By Audrey Noble and Erin Stovall
Caliray's New Surfproof Setting Spray Is The Ultimate Skin Refresher
By Olivia Rose Rushing
11 Stunning Critics' Choice Awards Beauty Moments
By Audrey Noble
Get Even More From Bustle — Sign Up For The Newsletter
From hair trends to relationship advice, our daily newsletter has everything you need to sound like a person who’s on TikTok, even if you aren’t.