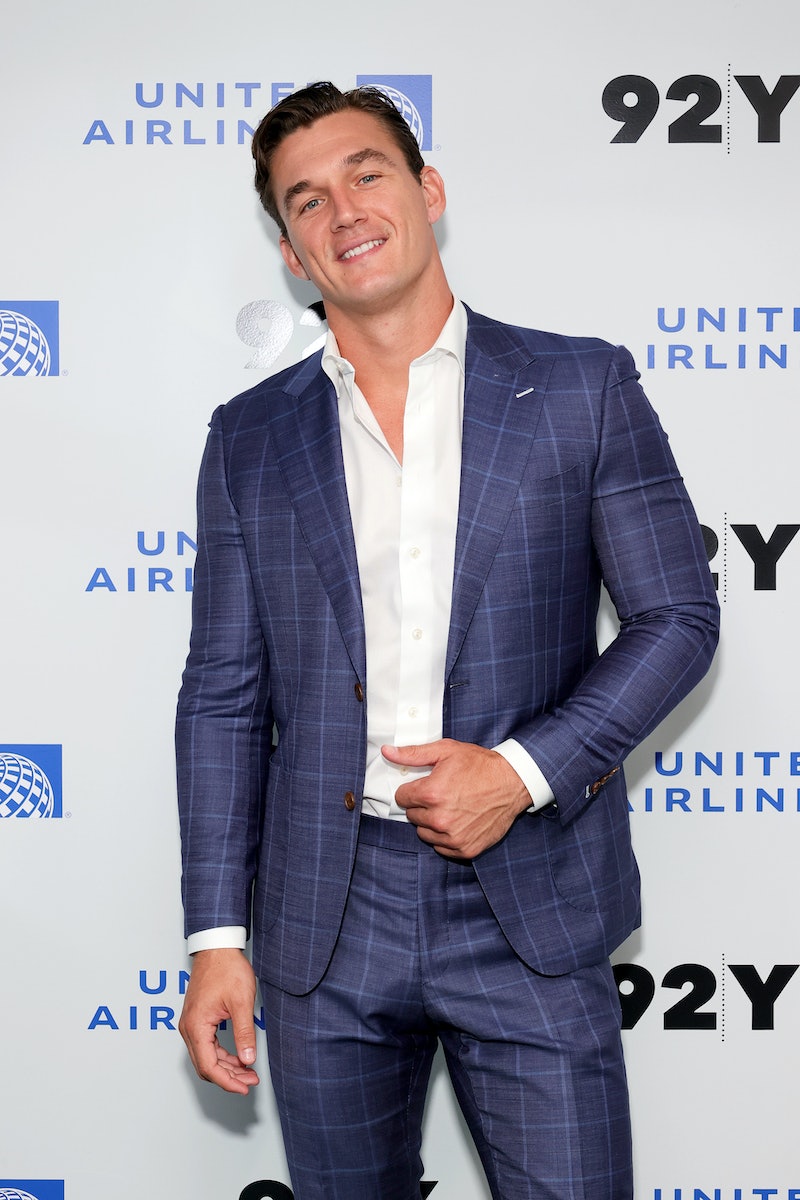 The one — if not biggest — downside to fame is having millions of strangers dissect everything about you in the most public ways (thank you, social media). While it can be hard to shed a tear for the rich and famous, the constant judgment can affect anyone’s mental health. But Bachelorette runner-up Tyler Cameron has found one way to block out all the negativity: running.

“Running is a release from all that,” Cameron tells me over Zoom. “That's why running has been so big for me; it’s been a way to get away from all that, clear my head, and just focus on getting to the next mile.”

Though he is naturally athletic, he only picked up running two years ago. The reality TV star quickly transcended Bachelor Nation fame and into the pop culture zeitgeist with a high-profile relationship with supermodel Gigi Hadid, a strong social media presence (may we never forget the Quarantine Crew), and penning his first memoir You Deserve Better. Dealing with that amount of attention along with the emotional toll of a pandemic and losing his mom, running became his healthy outlet after being thrown into the public eye.

“I've been put in a lot of uncomfortable situations since then; a lot of growth [and] learned situations, and I'm grateful for every single one of them,” Cameron says. “Even things that I've been really down and upset about it. Every one of those things I look back now and I'm like, ‘I'm very blessed and grateful it happened that way or this way because it made me stronger [and] better, today. So everything you go through now, you're gonna look back in five years [and be] like thank God I went through it that way.’”

So when beauty and personal care brand Degree was looking for someone to help train its special team of runners, the Not Done Yet Marathon Team, for the 2022 San Francisco Marathon, Cameron was a natural choice. As the Not Done Yet Team Trainer, Cameron will help three extraordinary people get their second chance at finishing a marathon.

“I'm excited to be cheering them on; to be on their team,” says Cameron. “Their stories moved me.”

The three runners are Chicago native Sagirah Ahmed Norris, who is battling multiple sclerosis (MS), New Yorker Michael Zampella, who suffers from a degenerative eye disease, and Florida native Ashley Zirkle, who is a kidney donor. Each has faced complications in their previous marathons that prevented them from making it to the finish line. With this second chance and help from Cameron, they are more motivated than ever to finish the 26.2-mile run on July 24th.

“When I was talking to them, I was like, “I have no excuse. What these people have gone through and what they're doing, I have no excuse,” says Cameron.

On top of this initiative, Degree is also donating $50,0000 to non-profit Achilles International, an organization that provides athletic programs and social connections to those with disabilities, to help up to 100 athletes get started on marathon training.

Cameron’s role as a trainer to Norris, Zampella, and Zirkle involves regular check-ins and calls, with Cameron giving them tips on how to prep for the big day. There’s the typical nutritional and physical training advice he gives while also telling them ways to conserve their energy. (He says that he got too excited at his first marathon in Chicago and ran almost too fast).

He personally likes to run in groups, though if you're a solo runner he says he currently listens to “Grace” by Lil Baby featuring 42 Dugg or Eric Thomas’ (a.k.a. ET, The Hip Hop Preacher) podcast when he runs by himself. He also advises finding a partner to hold you accountable when training because consistency is key.

But the biggest tip he gives them — or anyone looking to get into running really — is all about the mental aspect of running: you’ve got to have a reason to.

More like this
Halsey Debuted A Copper Pixie Haircut, & It's Such A Fall Vibe
By Olivia Rose Ferreiro
Jennifer Lopez's ‘90s Updo Hairstyle Takes Me Back To Middle School
By Olivia Rose Ferreiro
Early 2000s-Era Rhinestone Tattoos Are Back, Baby
By Jordan Murray
The 10 Best Emmys 2022 Makeup Looks
By Paris Giles
Get Even More From Bustle — Sign Up For The Newsletter