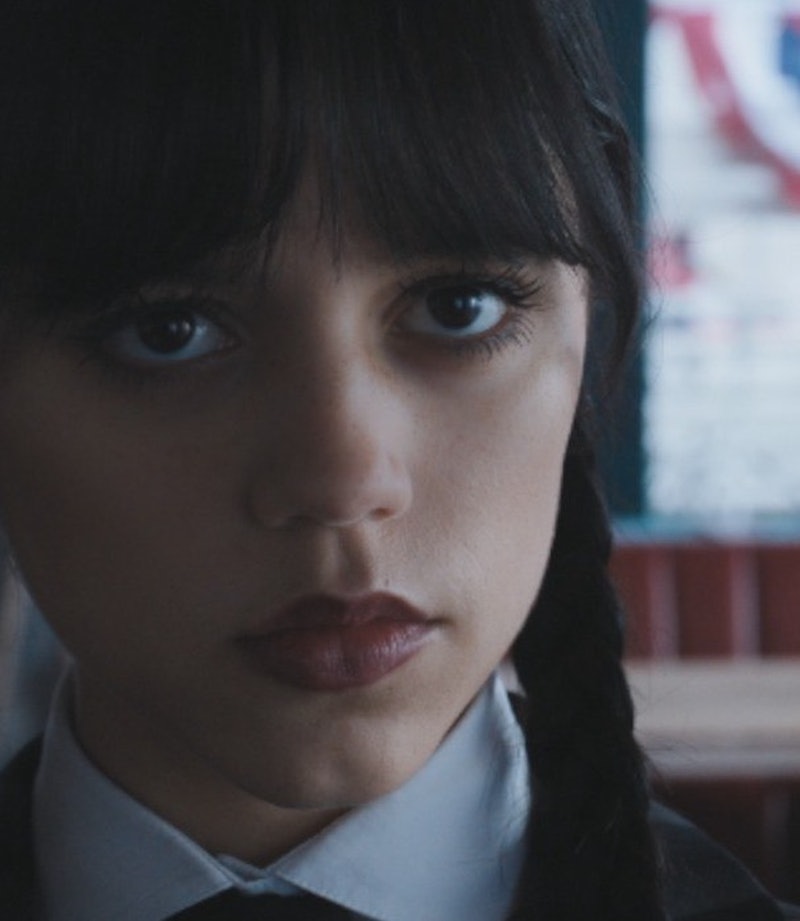 Netflix
We may receive a portion of sales if you purchase a product through a link in this article.

Wednesday Addams is famous for her goth look. So to replicate — and update — it for Netflix’s Addams Family spinoff series Wednesday obviously took special care. For the show’s makeup and hair designer Tara McDonald, that involved a week-long process of trying on numerous shades before settling on the perfect goth lip color.

“It was important that this looked natural,” McDonald tells Bustle over email. “Finally, we settled on Nightmoth Lip Liner by M.A.C. [Cosmetics]. [Jenna Ortega’s] lips were outlined and then blended inwards (almost like an ombré effect) and Dr. Pawpaw [balm] was applied on top.”

McDonald explains that the beauty brief for Ortega’s portrayal of Wednesday was edgy but modern. Fans of the Addams Family characters have mostly known Wednesday as a child (most notably Christina Ricci’s classic portrayal). But this version of Wednesday is the first time everyone will be seeing her as a 15-year-old teenager, thus, changes and updates to fit that look were needed.

McDonald doesn’t take all the credit for nailing down the look; she says this was most definitely a collaboration with Ortega to get the look just right. “Jenna was always involved in the hair and makeup process; it was very important to me that she was happy and comfortable with her look,” she says. “Jenna loves fashion and has great style so the whole look was a collaboration.”

Ortega’s hands-on approach should come as no surprise. She famously choreographed the now-viral Rave’N dance scene herself and Netflix even confirmed that she committed to not blinking while playing Wednesday after the show’s director Tim Burton told her not to. The end result is a fresh portrayal of a beloved character that’s bound to become iconic.