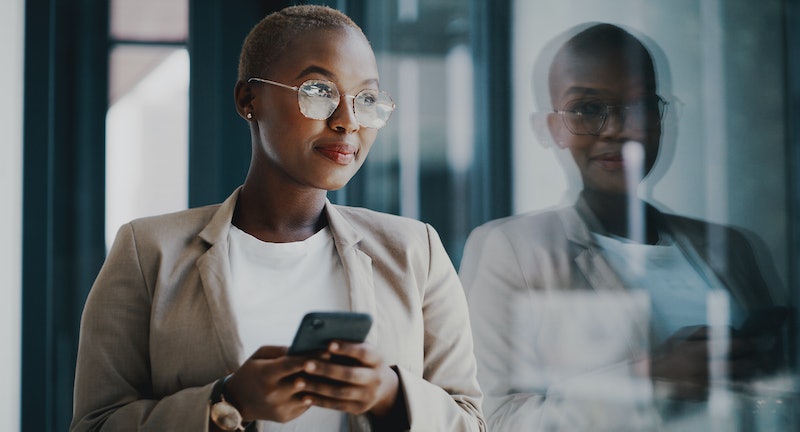 Sara, 29, and her partner had been together for eight months — and were used to getting together three times a week — when he moved abroad for med school in January, making their relationship long-distance. "We had plans to see each other every other month in 2020 – until the pandemic hit, and we didn’t know when we’d see each other again," she tells Bustle.

The uncertainty left her questioning whether her relationship would work in the long-term. "I was worried that if I didn’t see him for a whole year, I wouldn’t be able to keep 'dating' him through the phone," she says.

For some couples, the future's uncertainty has made it tough to maintain a long-distance relationship during the pandemic — and it's why some, like Sara's, can experience tension. "Without the relief of seeing one another, [they] have to manage a tremendous amount of longing, without the certainty of comfort, connection, or touch happening anytime soon," Mollie Eliasof, LCSW, a relationship therapist, tells Bustle.

While Eliasof says many long-distance couples are well-versed in the art of spending time apart, they've still had to make changes to their routines, adjust their expectations, and make big decisions, especially as they approach the eighth month of travel restrictions and state-sanctioned quarantines.

"I asked him if he wanted to keep dating, without knowing when we’d see each other again."

Katrina, 24, says she and her boyfriend of four years would not have moved in together if it weren't for the pandemic. After graduating from college, she took a job in Los Angeles, and he took one in San Francisco. They were focusing on their careers and doing the long-distance thing when he was transferred to San Diego at the beginning of March right before quarantine — and it suddenly became an option.

"The pandemic forced us to have some tough conversations about our future, our careers, and where we see ourselves in five years," she tells Bustle. They worried the move was happening too fast for their age and were concerned about what their friends would think. But after a long talk, they eventually ended up under one roof. "It was a tough conversation to have," she says, "but now we’re in a much better place because of it."

Nicole Issa, PsyD, a psychologist and relationship expert, says not all long-distance couples end up taking this next step. "The pandemic has brought conversations about the future to a head," Issa tells Bustle, but for some, the prospect of moving in together or transferring to a new city is entirely out of the question. That's why Issa says it's key for partners to stay flexible.

Ultimately, Sara and her partner were able to make their relationship work by doing just that — and making an effort to stay connected. They now text much more often than they used to and have frequent video calls, two more things Issa recommends for all couples who are far apart.

"We grew extremely close because of all of our phone calls and FaceTimes," Sara says. "My boyfriend and I worked through '36 questions that lead to love,' and learned so much about each other." Through asking specific, detailed questions, she was able to find out more about his parents' divorce, his relationship with his sisters, and that he likes to write poetry. "On in-person date nights, we would always end up watching a movie or falling asleep, and didn’t have these intimate conversations," she says. "The pandemic brought us closer."

But their relationship hasn't been free of challenging moments. "At one point, I did ask him if he wanted to keep dating without knowing when we’d see each other again," Sara says. "He was 100% on-board, which made me feel reassured, too." They currently have plans to see each other in December.

"We don't take each other for granted."

Lauren, 33, who's been long-distance with her husband for two years, has also adjusted her routine. She lives in California while her husband is in England, and they used to travel to see each other every other month. "When we did see each other, usually we would be together for a few weeks at a time," she tells Bustle. "We would take turns visiting each other’s cities, or sometimes we would go on vacation elsewhere together."

Since the pandemic is still limiting travel to other countries, they've had to develop a new strategy. "I finally went over to England in August, quarantined for two weeks, and then stayed for about two months with my husband," Lauren says. It was a longer trip than she's used to taking, and now that she's back and working in California, she isn't sure when it'll be possible to devote that much time again.

But Lauren says being in an LDR for this long has given them all sorts of coping mechanisms. "We were already used to doing so much virtually," she says, such as talking on Skype, playing episodes of Unsolved Mysteries at the same time, and taking walks "together" while chatting on WhatsApp.

"Already having a long-distance relationship built on technology, a strong set of communication skills, and a foundation of trust has really helped us through COVID," she says. "I think it allowed us to be more patient through the long periods apart. We appreciate the time together and don't take each other for granted as much."