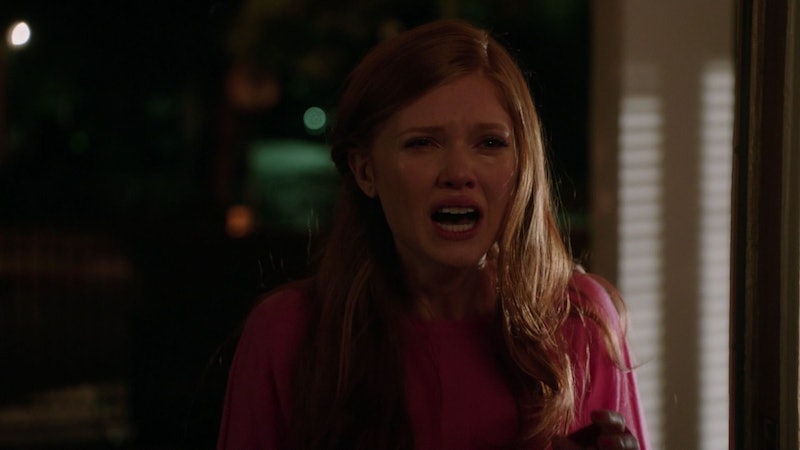 I'm giving up on one of fall television's biggest unanswered questions. We know who killed Sam on How To Get Away With Murder and he all but confessed to killing Lila Stangard. That said, I'm starting to believe that Lila really did die by accident on HTGAWM . Sam never fully admitted to strangling her. Rebecca is on trial. How is this going to end? The show will eventually have to move on from the Lila Stangard case. Unless the Keating Five is planning to convict a dead man for murder, they have to clear Rebecca Sutter's name somehow.

I'm wondering if the medical examiner got it wrong. There's also the possibility that Lila took her own life, but historically I think it's more likely for a homicide to be staged as a suicide than the other way around. As Annalise Keating promised in the pilot, I have one overwhelming feeling after the first half of the season, and that feeling is doubt.

Lila was hysterical on the night she died. Sam Keating had just rejected her. Bonnie made her feel smaller than ever before. Going to her boyfriend would mean admitting she was cheating on him, which considering his controlling past was not an option. She was pregnant and scared and had nobody to turn to. It's possible that the undergrad started drinking, or was on drugs. She could easily have fallen off the sorority roof, or climbed the water tank and toppled in without assistance.

I do, however, think that Griffin and Rebecca were involved. Before Lila's body was found, when Wes walked in on their argument, Griffin says (thanks to closed captions) "it's about the both of us, don't you get that" and Rebecca replies "this happened, so get your head out of your ass." That's not something you would say to a murderer, but it does make it seem like the two of them already know that their friend is dead. Unless, of course, they were just talking about having slept together, but I think even that is too melodramatic for those two youths. My working theory is that Rebecca found Lila's body and she and Griffin hid it on the roof. The only hole in that theory is why Rebecca wouldn't just tell that to Annalise and the jury. Why would she make up the story about Griffin strangling her? Maybe she didn't know. Maybe Rebecca wanted to get back at Griffin for pinning Lila's murder on her.

What if, and I'm playing with fire here, the medical examiner was paid off to declare the girl's death as a homicide? I know at least three people who could benefit for that: Annalise, Bonnie, and Nate. Bonnie knew about the girl's relationship with Sam. There's still something fishy about her loyalty to the Keating family that we don't know about yet. Maybe it has something to do with that mysterious man Bonnie met in the bar? Annalise already has a detective in her back pocket (and other places) that comes in handy when doing her job. I wouldn't be surprised if she had a medical examiner in her "employ" as well. Then, there is that detective himself. If Nate somehow knew that Sam was cheating on Lila, he could have seized the opportunity when the girl ended up dead to put Sam away and have Annalise all to himself. It's all very romantic, and just one of the possible twists that could come when How To Get Away With Murder returns January of next year.

More like this
'The Walk-In' Revisits A Terrifying Real-Life Murder Plot
By Sophie McEvoy
The 'Love Island' Wedding Mystery That No One Saw Coming
By Darshita Goyal
For Mur Lafferty, Genre Is Everything
By K.W. Colyard
Shonda Rhimes' Net Worth Makes Her One Of The Wealthiest People In TV History
By Hugh McIntyre
Get Even More From Bustle — Sign Up For The Newsletter