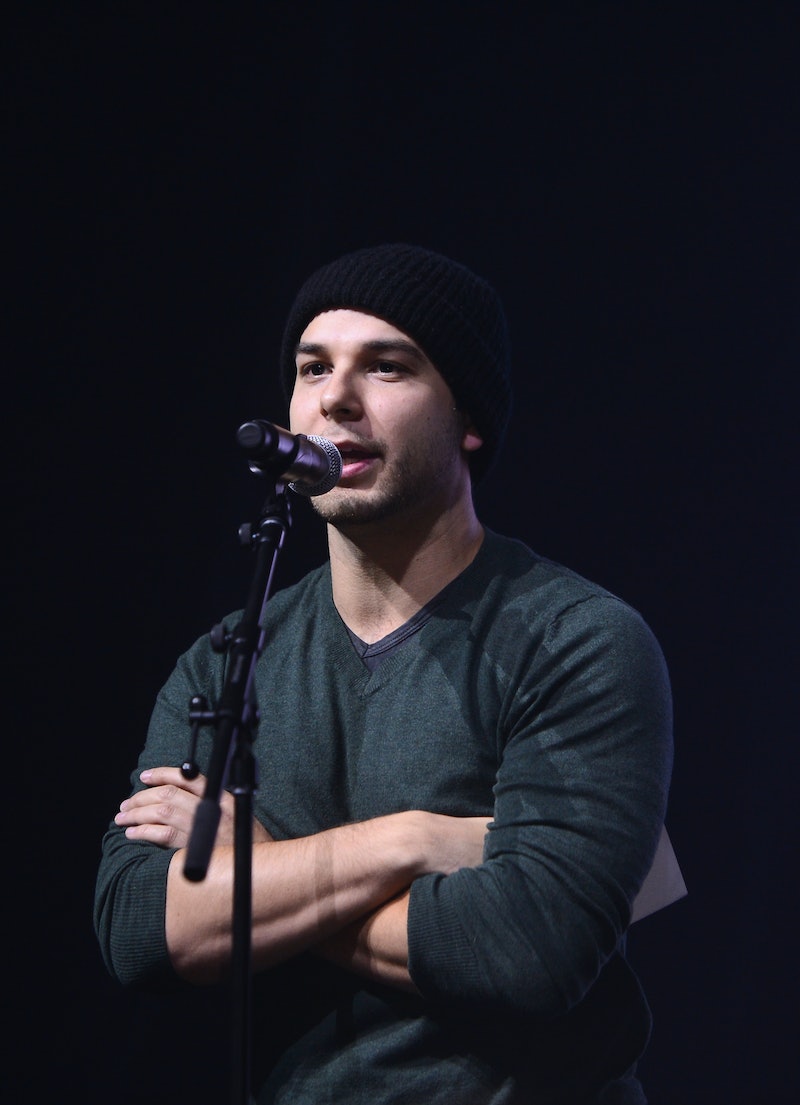 Today, most people know Skylar Astin from Pitch Perfect, 21 And Over, or the TBS sitcom Ground Floor , whose second season premieres Tuesday. However, he's been on some of our radars for a while after belting out his frustrations and getting tangled up in Gap ads as part of the Original Broadway Cast of Spring Awakening. What is Ground Floor' s Skylar Astin like in real life?

He may be known for singing and joking, but he's a pretty regular guy. He grew up in New York and went to school at New York University as well. "Astin" is actually his middle name, his real last name is Lipstein. He has tons of siblings. His mom has even started moving stuff into his childhood bedroom, which is always one of my favorite Thanksgiving games. He has a pug named Rocky. I don't even feel like I'm describing a famous person at this point. I feel like I'm describing my neighbor.

In 2008, Skylar Astin and fellow Spring Awakening cast mate Phoebe Strole starred in the underrated and highly offensive comedy Hamlet 2 . He also had a memorable guest spot on Girls. Here's what else you should know about Skylar Astin.

Astin is currently dating fellow Pitch Perfect star Anna Camp. However, can you call it a "showmance" if your two characters don't hook up in the movie? This seems more like a regular work relationship to me.

Think Skylar Astin has ever fallen victim to skinny mirrors?

He Sticks By Old Friends

See? The Spring Awakening cast is all grown up with their own shows and they're still buds. It's adorable.

Oh yes, I even know what theatre camp Skylar Astin went to. That's because it's the most famous in North America, and other alumni include Josh Charles, Natalie Portman, Zach Braff, as well as Ansel Elgort, Sebastian Stan, Mandy Moore, Robert Downey Jr. and Lea Michele! Fun Fact — Anna Kendrick, who of course is Astin's romantic lead in Pitch Perfect, had a small but crucial role in a cult comedy that mocks Stagedoor Manor called Camp .

I want longevity in this business, and I don’t focus too hard on the "famous" game. I want to do my last role when I’m 80.

That's what Skylar Astin told Broadway.com last fall when Ground Floor was due to premiere.

Ay, With the Sports