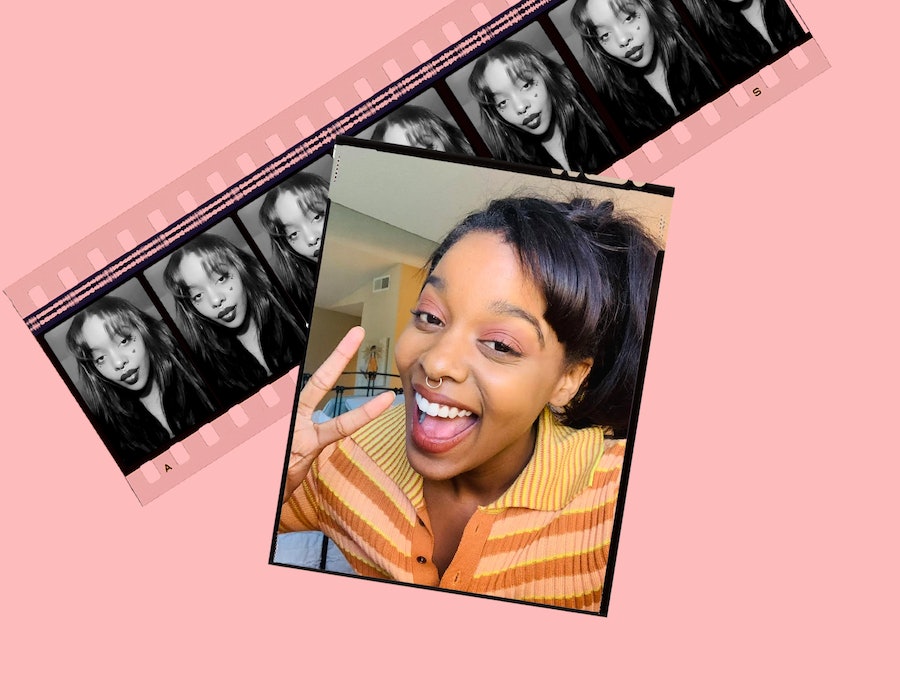 During her last quarter at Julliard, Mallori Johnson was learning everything she could about auditioning — how to dress, how to study a scene, and how to interact with casting directors to anticipate what they want. But when the opportunity to try out for the role of Dana James in FX’s Kindred arrived, it was her love of Octavia E. Butler’s seminal sci-fi novel that gave her an edge in landing the role. “I kind of knew the fundamentals of who this character was,” Johnson tells Bustle. “And I just tried to apply it as best as I could.”

The 24-year-old actor’s mother first introduced her to Butler’s 2005 vampire novel Fledgling. “I thought it was so dope being able to see this young Black girl who was a vampire,” she says. “That was something that I was never really exposed to as a kid. Everything that I had read had a white narrative in the forefront. So, I was like, wait, I need more of this.” Johnson eventually picked up Butler’s 1979 classic, Kindred, and just a few years later, she nabbed her first TV leading role in the long-awaited adaptation.

In Kindred, Johnson plays Dana, a young Black woman living in 2016 who keeps getting abruptly transported to a plantation in the early 1800s. She soon learns her time-travel ability is tied to Rufus, the plantation owner’s son, leaving her with a heartbreaking duty: protect him so he can grow up to rape one of her enslaved ancestors and ensure her lineage.

Playing a character who withstands so much emotional and physical torment left Johnson astonished by her character’s strength. “She's really going through it in this story, especially bouncing between two different worlds in two different spaces in this extremely discordant, confusing, and uncertain way,” Johnson says. “Dana is just someone who's a pillar of strength to me.”

Despite the show’s often heavy subject matter, the cast did find small moments of levity on set. “I turned 24 on the set of Kindred, and there was just this moment where everyone was dancing. They brought me cupcakes; we were singing ‘Happy Birthday’ right in front of the lake,” Johnson recalls. “That was one of the only moments where I got to fully feel what I was doing, be present to this opportunity, and how joyful and grateful I was for the opportunity to be around all the wonderful artists that I had met on that set.”

Johnson hopes to return to set soon and is crossing her fingers that FX renews Kindred for Season 2. But until then, she is looking forward to people seeing her next role in Season 4 of the National Geographic series, Genius. “The character that I play is really cool. She's unlike anything that I have done before,” explains Johnson, who adds that the new season will be about Martin Luther King Jr. and Malcolm X. “I won't say too much, but I'm very excited for people to see a different side of me.”

Below, learn more about Johnson in her Bustle Booth questionnaire.

Dunkin Donuts, Large, Original Blend with a shot of espresso and a dash of almond milk.

This isn't overused, but my favorite quote is Jim Carrey's line in The Grinch. "I'm an idiot," and the echo replies, "You're an idiot."

Love Island, just for the drama and to give relationship advice.

“Back to Black” by Amy Winehouse

How happy my dog, Hero, always is, no matter what.

That I'm a kind person.

More like this
Keyla Monterroso Mejia Is Finally The Star Of The Show
By Gabrielle Bondi
Hailee Kaleem Wright's Topsy-Turvy Path From MTV To Broadway
By Samantha Leach
At 28, Rosie Perez Risked Her Career To Stop Playing Stereotypes
By Gabrielle Bondi
At 28, Debra Jo Rupp Was Living A Much Different '70s Show
By Grace Wehniainen
Get Even More From Bustle — Sign Up For The Newsletter
From hair trends to relationship advice, our daily newsletter has everything you need to sound like a person who’s on TikTok, even if you aren’t.