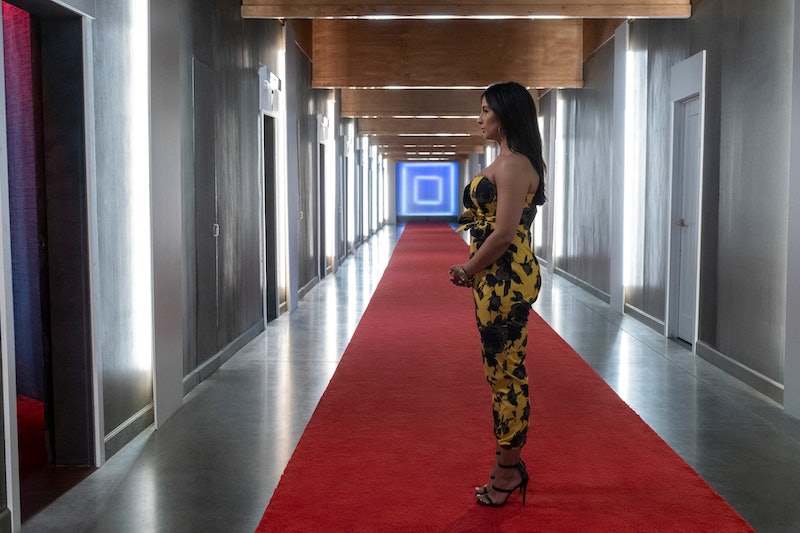 After an agonizing two-year wait, Love Is Blind finally returned for its second season in February. The lengthy turnaround time was largely due to the coronavirus pandemic, which delayed filming for a year. But luckily, fans of the hit reality dating series won’t have to wait quite as long for more episodes: Not only has Netflix renewed Love Is Blind for Season 3, it’s already been filmed — and thanks to a newly announced release date, we know it’s coming very soon.

In the meantime, Love Is Blind Season 2 is still providing plenty of drama — including the recent splits of two couples. Creator Chris Coelen seemed to address the show’s success rate in a new interview with Netflix announcing Season 3. “I don’t personally measure the success of the show based on whether people stay together or don’t stay together,” he explained. “From a producer standpoint, from a story standpoint, I don’t want [the participants] to think at all about the show.”

Coelen teased what makes the Love Is Blind Season 3 cast unique in the interview, too. Here’s everything we know about the upcoming installment so far.

Love Is Blind Season 3 will have 12 episodes, the first four of which will release on Wednesday, Oct. 19. The remaining episodes will debut on subsequent Wednesdays — three on Oct. 26, three on Nov. 2, and the final two (weddings and reunion) on Nov. 9.

Season 1 of Love Is Blind was filmed in Atlanta, while Season 2 traveled north to Chicago. Season 3 is set in Dallas, Texas.

The Love Is Blind Season 3 Trailer

On Oct. 6, Netflix released the official Love Is Blind Season 3 trailer — in which we see several proposals, family drama, and one contestant suggesting “we should just swap fiancées.”

The Love Is Blind Season 3 Cast

Netflix revealed the Love Is Blind Season 3 cast on Oct. 5. The new Pod Squad features 30 new singles based in Dallas.

Earlier this year, Coelen teased what we can expect from the group. “These people are all in,” he told Netflix. “They’re dynamic, fun, fascinating, layered and vibrant. They’re truly committed to trying to go on a journey that’s going to find them love based on the noblest of reasons: who they are on the inside, and falling in love with someone for who they are.”

In the past, the show has received criticism for failing to cast a broader range of sizes and ethnicities — something Coelen addressed in a February interview with the Los Angeles Times. “Both Season 1 and Season 2, we really tried to have a diverse pool of participants in every sense of what that word means — whether it’s experience or body type or ethnicity or whatever. There’s only so many people that we showed,” he explained. “It’s certainly not like we said, ‘Let’s stack the deck.’ No, we had every kind of person that we could find come into this environment, and everybody had an equal opportunity. We don’t steer or control any of it. We just set up the mechanism and help move them around, depending on who they want to spend time with.”

It’s time to meet the cast! Learn more about the singles who hope to find love in the Pods this season.

Alexa is a 27-year-old insurance agency owner, who says she looks to Blake Lively and Ryan Reynolds as her relationship goals. “Tune in to see if I found my Ryan Reynolds...,” she writes on Instagram.

Amanda is 31 and a hair stylist. Her personal Instagram account is private, but you can check out her work at 50shadesof_beige.

Andrew is a 30-year-old Director of Operations, but based on his Instagram, he’s also a “wildlife photographer & urban explorer.” The seemingly well-traveled single’s Instagram is quite ferocious.

Anthony is 33, works as an attorney, and is a dog dad to his pup Dixie.

The 29-year-old chiropractor says she has a big heart and adds “I know I deserve the same.”

Bartise is 27 and a senior analyst who loves to go to the gym, based on his multiple workout posts on Instagram.

The water treatment engineer is 32 years old and also lists himself as a sales coach and entrepreneur on Instagram.

Charita is a 35-year-old Dallas-based makeup artist. Check out her work and more on her Instagram.

Chelsey is 27 and works as a customer success manager. Her Instagram is private, but she lists her location in her bio as Chicago, Illinois.

Cole is a 27-year-old realtor, who likes to fish, golf, and flip homes.

Colleen is 26, a ballet dancer, and a digital PR strategist. She says she’s “a firm believer that you will get an instant feeling when meeting ‘the one.’”

The 29-year-old aerospace engineer shares that he’s “looking for someone who doesn’t take themselves too seriously.”

Dale is 32 and a cybersecurity student, who, like Bartise, is also a big fan of working out at the gym.

The 29-year-old fitness development coach hopes to find a woman who identifies as “bold, strong, independent, fitness-loving, and intellectual.”

Jess is 30, works as a senior event producer, and is a cat mom to her “handsome Maverick.”

The 34-year-old is a managing director of operations, who seeks a woman with a “magnetic personality.”

The 31-year-old ICU nurse practitioner loves to post about her travels and pet dog, Earl, on Instagram.

Kim, 30, is a history teacher and coach, who hopes to “build a lasting love.”

The 36-year-old medical device representative says the key to her heart is “adventure... and pancakes.”

Matt is 28 and a private charter sales executive, who is looking for someone to “break down” his walls.

Nancy, 32, is a real estate investor, who can’t stand “guys who are rude to customer service employees.”

The 29-year-old Pilates master trainer and Barre instructor dedicates much of her Instagram posts to her workouts.

Nash is a 34-year-old realtor who is easily won over by “warm apple pie.”

SK is 34 and a data engineer, who is currently working on his MBA at the University of California, Berkeley.

The 27-year-old director of marketing technology says he’s still single because “I haven’t put myself out there enough.”

Tony, 34, works as a medical device sales representative. And he’s on Instagram, but his account is private.

Valerie is 35 years old and is a dermatologist. But she also is a musician and posts her music on val.sounds.

Zach, 29, is a med school and interior quality control manager, who loves food and says that’s the key to his heart.

The 32-year-old realtor says she hopes to find “someone who’s loyal, supportive, and all in” this season.

This post will be updated with additional details as more information on Love Is Blind Season 3 becomes available.

This article was originally published on Feb. 24, 2022