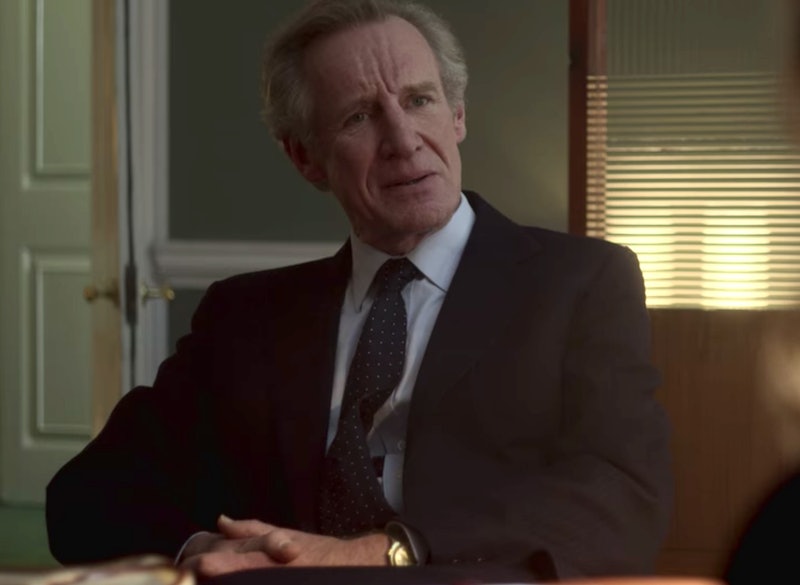 As the Press Secretary for Queen Elizabeth II, Shea was responsible for fielding the media during his service from 1978 to 1987. He was employed during the assassination of Lord Mountbatten, Michael Fagan's infamous break-in into Buckingham Palace, the wedding of Princess Diana and Prince Charles, and the election and reign of Thatcher as Prime Minister (fun fact: Farrell also appeared in the Thatcher biopic The Iron Lady). But it may be the way that Shea's employment came to an end for which he is most remembered.

Margaret Thatcher was strongly conservative and pursued hard-right policies like privatizing national industries, busting unions, and cutting taxes and regulations on a grand scale. She was also known for consolidating power and for espousing nationalist ideology, with some accusing her of being an authoritarian. Her system of governance became known as Thatcherism, and it was unpopular with many Britons. One such unhappy citizen was (reportedly!) the Queen herself, though she never discussed any conflict with Thatcher publicly. That's where Shea comes in.

In July 1986, The Sunday Times ran an article with the headline "Queen Dismay at Uncaring Thatcher." The story, which came from an anonymous source, detailed the Queen's distaste for Thatcher's politics in a number of arenas. She didn't care for Thatcher's foreign policy, believed she was uncaring toward Britain's less fortunate citizens, and thought Thatcher was ultimately damaging both British culture and the survival of the Commonwealth.

Under the UK Constitution, the Queen is required to stay apolitical, so these revelations were a big deal. The story was initially denied by the royal family, but Shea was eventually credited as the source. Not long after this revelation, he was on the hunt for a new job, though he denied that it had to do with the earlier scandal. Shea continued to work in public relations and also published several novels throughout his life before dying in 2009 at the age of 71.

More like this
Here's When 'The Crown' Season 5 Will Premiere — And What To Expect
By Bustle Editors
What’s New On Netflix: Ana De Armas’ 'Blonde' & A Nick Kroll Special
By Arya Roshanian
Nicola Coughlan Shared A Lady Whistledown Excerpt From ‘Bridgerton’ Season 3
By Grace Wehniainen, Alyssa Lapid and Sam Ramsden
Devi Is Going To Meet A “Smoldering Bad Boy” In ‘Never Have I Ever’ Season 4
By Jack Irvin and Gabrielle Bondi
Get Even More From Bustle — Sign Up For The Newsletter