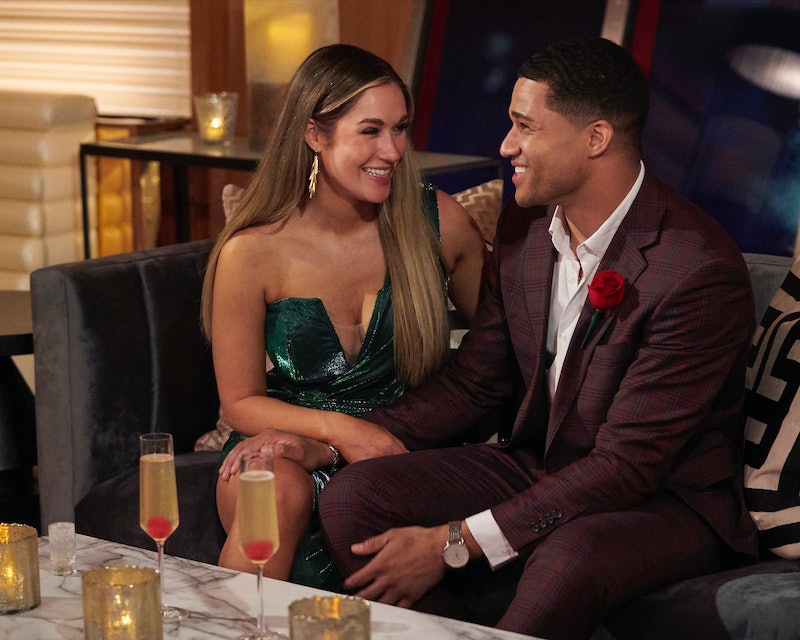 During Fantasy Suites, Zach Shallcross said Rachel Recchia’s sudden doubts about their relationship left him “blindsided.” One week later, Rachel said she was feeling the same way — not about Zach, who sent himself home (farewell!), but about one of her remaining suitors, Aven Jones.

When the San Diego-based sales executive visited with Rachel’s friends and family during the season’s two-part finale (which began Sept. 13), things seemed to be going super smoothly at first. Rachel talked to her loved ones about how readily she could picture herself married to Aven. “If we were to be at the end of this ... he would be the most incredible partner,” she told her mom. “And I know that for sure. For sure. I have like, no doubts in him.”

Aven, however, told Rachel’s friends that he wasn’t necessarily ready for a ring — even though he was sure about his feelings for Rachel, and could envision getting there at some point. “As far as like, wanting to be with her after all this, it’s like no doubt in my mind ... it’s just about the timing,” he said.

Upon hearing this from her friends, Rachel was disappointed. She took Aven aside, surprised by his apparent change of heart. “I’m just like, so confused ... you told me you were ready for an engagement,” she said. Aven said he was, indeed, ready, but his concerns were about timing.

Twitter had thoughts about the fight that ensued, with many viewers voicing their support for #TeamAven.

Several users suggested that Rachel already really wanted to give Tino Franco her final rose — and was just fighting with Aven so she’d have a “reason” to send him home.

Despite Twitter declaring Aven the winner of that final fight, it didn’t really matter. Rachel sent Aven home shortly after her date with Tino. “I want to be engaged,” she said. “I want someone who’s sure about me. And like, I’m not willing to sacrifice that at the end of the day.”

Aven repeated that he was sure about Rachel, but to no avail. The exes walked out in tears, and the decision for who would be Rachel’s final suitor seemed to become that much clearer — it’s Tino, right? Well, the promo for next week’s Bachelorette season finale seems to suggest that things don’t go super smoothly for the final couple, either.