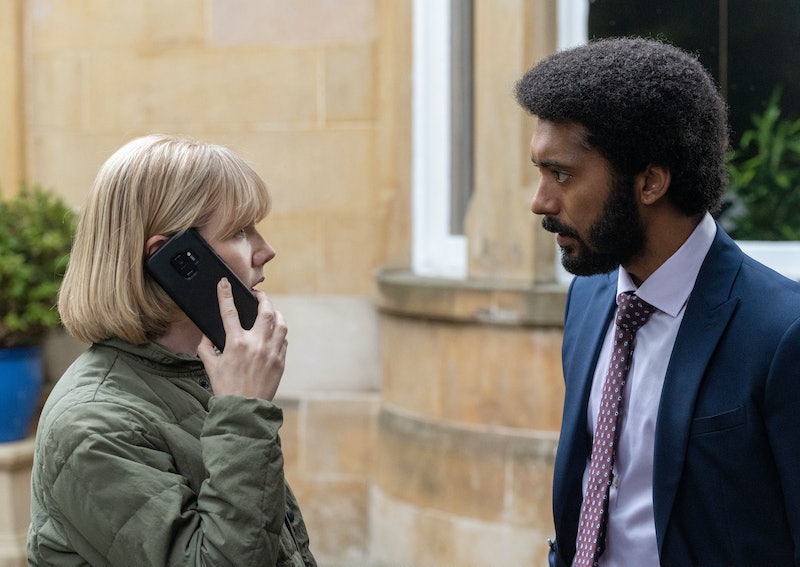 Warning: Spoilers ahead for ITV’s Karen Pirie and Val McDermid's The Distant Echo.

ITV’s new police drama has it all: a cold case, a podcast, and a killer cast. Adapted from Val McDermid's detective novel The Distant Echo by Emer Kenny, Karen Pirie centres on the horrific murder of 19-year-old barmaid Rosie Duff, and a true crime podcaster’s fight to finally get to the bottom of a now-forgotten crime. Though there are a few key differences between McDermid’s novel and Kenny’s adaptation, the general plot remains: the reopening of Rosie Duff’s murder case, and Karen Pirie’s investigation. But do they share a similar resolution? And how does The Distant Echo actually end?

In McDermid's novel, by the time the police reopen Duff’s murder case and start looking for missing evidence, the four university students who first found Duff’s body already have moved on and established careers and families. Though they have all grown up, the shared trauma of being suspected of murder, and receiving abuse from their community — and Duff’s violent brothers in particular — has never quite left them. So far, so similar to the ITV drama.

In the book, Alex Gilbey is the only one of the four who has not left Scotland behind, and when his old friends Sigmund Malkewicz and Davy Kerr suddenly die in suspicious circumstances, he fears for the safety of his family and Tom Mackie, the only other remaining member of their original friendship group.

The policeman who Gilbey had initially approached for help back in 1978, James Lawson, has risen up the ranks to become assistant chief constable, and assigns the cold case to Karen Pirie. He wants Gilbey and Mackie to stay out of Pirie’s investigation, seemingly because he wants to solve the case as an homage to his former superior, who had died during the initial investigation 25 years ago.

While the story is presented in a way that casts reasonable suspicion on all four men who found Rosie Duff, the clues to the killer’s identity are hidden cleverly within the narrative and it is possible to piece them together before the final reveal. Once the reader realises the paint on Duff’s clothing must have come from a boat or caravan that was being painted, it is obvious that it was Lawson himself who killed the girl and hid his crime within the police department for years.