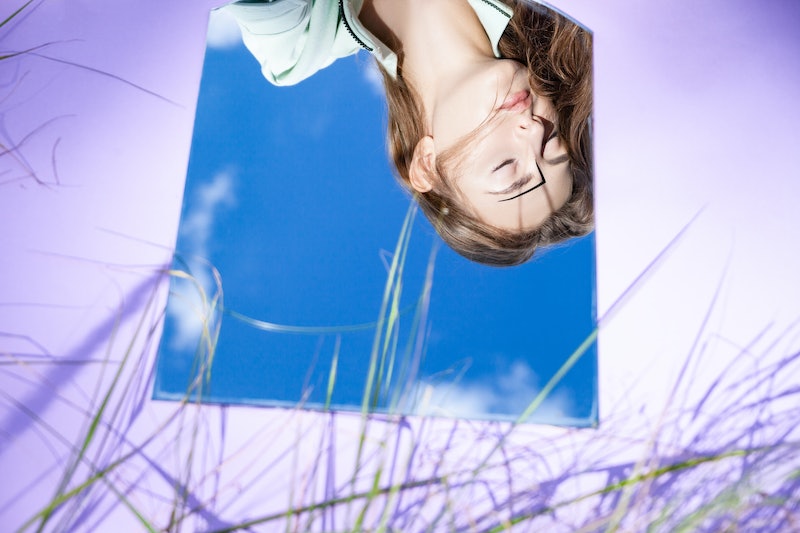 Do you ever make a wish when you see 11:11 on the clock? Or feel like it’s kind of magical when your coffee order comes out to $8.88? Or maybe you were excited about experiencing a once-in-a-lifetime date like 2/22/22? Many people interpret the presence repeating sequences of numbers as a lucky sign or an affirmation from the universe, and these are often referred to as angel numbers. It’s believed that when angel numbers show up in your life, they are delivering a cosmic message or symbolizing a sense of synchronicity.

There’s certainly something that feels auspicious or uncanny about coincidences, such as seeing the same numbers repeatedly or frequently — but understanding what angel numbers mean requires us to look a little harder. The term “angel numbers” and the concept that these special numerical sequences might be a message from angels appears to have originated with an author named Doreen Virtue, who wrote books such as Angel Numbers 101 by reportedly channeling interpretations of numbers directly from the angelic realm. However, the term “angel numbers” is now used commonly within spiritual circles (and on social media) to refer to any repeating sequences of numbers, or sometimes non-repeating numbers that are meaningful or show up often in one’s life.

You don’t have to rely on psychically channeled messages from otherworldly beings in order to connect with a number’s meaning (although you can if that resonates with you.) Numerology is the study of numbers and their mystical meanings, and there are specific qualities assigned to each number in the practice. Understanding the numerological meaning of angel numbers can help you decipher these messages.

“There is a general meaning to each number, and seeing repeating sequences is basically like having that number’s meaning amplified,” says numerologist Kaitlyn Kaerhart, author of You Are Cosmic Code: Essential Numerology. “It’s like an echo from the universe.”

The Numerology Of Angel Numbers

The original meaning of angel numbers — which involved psychics channeling numerical symbolism from angels — isn’t a numerological concept, but by grounding our relationship to angel numbers in the ancient system of numerology, we can connect with their meaning in a more tangible way.

“Numerology is such a powerful tool for us to understand and empower ourselves, and to come into a magical flow with the universe,” Kaerhart says. In numerology, each number is associated with its own set of qualities — much like zodiac signs or planets in astrology. “When we’re seeing specific numbers, there is a message that’s being communicated to us, and it’s a code coming into our frequency to upgrade us.”

You can also think of angel numbers amplifying the energy of its single digit. The number one, for example is a symbol of beginnings and independence. That said, the angel number 111 prompts a fresh start and novel experiences.

The Spiritual Meaning Of Angel Numbers

Although each angel number vibrates its own special energy, individual spiritual meanings can manifest differently depending on the person and their path. Sure, seeing 888 can indicate abundance, but it isn’t only related to finances or prestige. It could also mean abundance in relationships and your mental health.

If you want to personalize the angel numbers following you around, it helps to reflect the moment you notice it. What are your thoughts, emotions, and current circumstance? The meaning of each angel number is the general vibe, but its spiritual message is personal and hinges on where you’re at on your individual journey.

How To Find Your Angel Number

Unlike classic personal number systems in numerology — such as the life path number or karmic debt number — there are no official rules about how to find your personal angel numbers. This leaves lots of freedom for varying interpretations. However, exploring your numerology chart so you have a sense of what certain numbers represent in your life can be a great place to start.

“Numbers are trying to communicate specific things to us, and knowing your own cosmic code is the best way to know why certain numbers are coming through,” Kaerhart says. “For example, if you keep seeing your life path number — which is the most important number in numerology — then that’s the universe reminding you to embrace that number and be in your power.” You can calculate your life path number using your birth date. Once you know it, you might find that you come across sequences of this number at significant moments, and you can start interpreting those sighting accordingly.

Numerology can be a helpful way to make sense of your angel number messages, but you can also choose to connect with angel numbers through your own intuition or interpretation. “Think about what certain numbers might mean to you and ask yourself what you feel is being communicated to you when you see these numbers,” Kaerhart suggests. Perhaps you always notice certain numbers when you’re feeling a certain way, or you see a number that a personal meaning to you, like a birthdate or anniversary. In this sense, the meaning of repeating numbers can be much more personal, and not one-size-fits-all.

Any number can be an angel number, depending on what it means to you. However, angel numbers are generally thought of as repeating sequences of three or four of the same numbers. Seeing numbers in series of threes can be especially mystical, thanks to the numerological value of the number three. “Three is the number of magic, so when a number repeats three times, it closes a loop,” Kaerhart says.

Here are some interpretations of common angel numbers based on the numerology. That said, you can always choose personal angel numbers and interpret them however you see fit.

The number one in numerology symbolizes launching new beginnings, embracing self-confidence, and claiming our power. When you see the angel number 111, it’s like the universe asking you to push forward onto a new path. “Embrace your independence and go after what you want,” Kaerhart says. This is a sign to chase after your goals and trust your ability to succeed.

The number two in numerology represents harmony, coexistence, and bringing things together — so the angel number 222 (or other repeating sequences of 2s) can be a reminder to check in on your relationships and make sure things in your life in flow. “Go slow and steady toward your goals,” Kaerhart says. By moving with intention, you’ll be more likely to maintain a sense of balance.

The numerological meaning of the number three represents magic, creativity, and collaborative new ideas. It's a highly auspicious energy that encourages us to be positive about life, embrace self-expression, and think outside the box. “Prioritize socializing, communicating, and fun,” Kaerhart says of this angel number’s symbolism. Be originalThe number and don’t be afraid to put yourself out there.

The number four in numerology is all about stability, practicality, and efficiency — so angel number 444 is about getting on your grind and building a strong foundation for your goals. “[With 444,] your hard work will pay off and a breakthrough is near,” Kaerhart says. Stay focused on what you want to accomplish and keep your head in the game.

In numerology, the number five is about having new experiences, following our curiosity, and embracing the shifts in our path. When we see angel number 555, it means that we’re reaching a turning point or are on the brink of overcoming something. “An unexpected curveball may be thrown your way,” Kaerhart says of seeing this number. “It’s time to embrace freedom and change.”

The number six in numerology doesn’t necessarily mean what you think it does. While 666 certainly has some not-so-angelic connotations, it’s actually just an amplification of the number six, which symbolizes heart-centered connection and emotional support. “Indulge in self-care and nurture yourself,” Kaerhart says of this angel number’s message. If you see a 666 show up in your life, don’t freak out — take it as a sign to seek comfort.

The number seven in numerology is about seeking the truth and finding the deeper meaning in things, so angel numbers like 777 can be taken as sign to start exploring your spiritual side. “Be sure to listen to your gut instincts, [777 is] guiding you toward your sacred calling.” Kaerhart says. This number is a message to trust yourself instead of taking things at face value.

The number eight in numerology is considered one of the luckiest numbers, and it’s associated with wealth, abundance, and our unlimited potential to achieve success. When you see the angel number 888, it’s a lucky sign for matters of money, career, and manifestation. “You are supported in the material realm [and] this is an amazing time to manifest,” Kaerhart says of seeing 888.

As the last of the single-digit numbers, the numerological meaning of nine is about completion and bringing things full-circle. “[999 means] a chapter of your life is closing for a new one to begin,” Kaerhart says. When we see angel number 999 or other sequences of nines, it’s a sign to embrace the endings in our lives and make way for fresh starts.

Saved the best for last! is one of numerology’s “master numbers,” which means it has even more power and spiritual significance. When you see the auspicious lineup of 11:11 on the clock or calendar, it’s a sign that the universe is opening new doors and encouraging you to tap into our spiritual gifts. If you’re seeing 11:11 regularly, pay attention to what other mystical coincidences may be happening in your life, too.

Whether you believe the reappearing numbers in your life are a message from your angels, a nod to numerology, or just a random coincidence is up to you — and that’s the magic of angel numbers.

This article was originally published on March 4, 2022