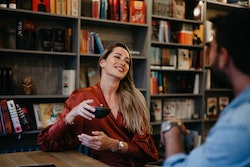 If you happened to be born between approximately Dec. 21 and Jan. 19, then you’re a Capricorn, which means you’re a natural leader who’s responsible and reliable. However, beneath a Capricorn’s successful exterior lurks the potential to be an overly-serious and failure-phobic workaholic — so you’ll want to stay out of their way if they’ve set their mind to something! Those born under the sea-goat’s sign have loads of lovable qualities that make them stand out from the crowd, but understanding Capricorn zodiac signs’ biggest weaknesses can give us a fuller picture of their nuances.

As the cardinal earth sign of the zodiac, Capricorns excel when it comes to building out plans, crushing goals, and securing the bag. At the same time, these qualities can also manifest as them being power-hungry, materialistic, or overly-authoritarian. But we’re not trying to roast our darling Caps — after all, every zodiac sign has its corresponding strengths and weaknesses, and none are any better or worse off for it. Additionally, every person’s birth chart is comprised of all 12 of the signs, even if they don’t have any major planets in them — and because of this, Capricorn zodiac sign strengths and weaknesses are applicable to everyone.

Whether you’re a Capricorn or you just want to dive deeper into the zodiac, learning about Capricorn zodiac signs’ biggest weaknesses can help you appreciate for all of their multi-faceted goodness.

1. They Get Stuck In Their Ways

Once a Capricorn figures out an effective way of doing something, they like to stay true to their formula to ensure success. That’s why they’re not usually very keen on experimenting with any new systems or so-called shortcuts. These traditionalists prefer to stick with their tried and true techniques rather than take a risk — which sometimes means they miss out on more innovative methods.

As the sign associated with the tenth house of the zodiac, which is all about career, Capricorns are notorious for taking their professional goals seriously. They’re on a grind 24/7 — and while this usually makes them a powerhouse at work, it can sometimes cause an imbalance in other parts of their lives. It’s important for Caps to find time for extracurricular activities, too.

3. They Worry About Their Reputation

The Cap-ruled tenth house is also associated with matters of public image, which explains why these earth signs can get so caught up in status symbols and appearances. Capricorns are highly concerned with having a respectable reputation and often view themselves through the eyes of other people, so it’s important for them to temper these feelings with some perspective and self-compassion.

Capricorns have sky-high standards for themselves, and thanks to their unbreakable discipline, they often meet them. However, after they’ve achieved a success, they’re often already setting off on their next goal before they’ve even had a chance to celebrate or revel in their wins. Because of this, it sometimes seems like they’re never satisfied with their work, no matter how much they accomplish.

5. They Can Be Authoritarians

As the sign ruled by serious Saturn, the planet of responsibilities and restrictions, Capricorns have a tendency to be bossy, strict, and rule-following. These authoritarian qualities make them powerful leaders, but they should beware of being overly stern or rigid in the way they do things.

There’s nothing a Capricorn loves more than the taste of success. Conversely, there’s nothing they loathe more than the feeling of failing. Not everything we do works out the way we hope, and failure is an unavoidable part of life. But sometimes Capricorns can get so preoccupied with their need to stay on top that they avoid trying new things out of fear that they won’t be the best.

7. They Come Off As Condescending

Capricorns are naturally wise, and they embrace life’s struggles as learning experiences and opportunities to grow. However, their hard-won maturity and constant self-discipline can sometimes make them feel like they know more than other people, which can come off as condescending.

Thanks to their earth sign influence, Capricorns are often driven by the tangible world of wealth, money, and material possessions. However, their need for financial security can sometimes lead them to being a little greedy. Caps should be aware of the tendency to try to acquire more than they need or put too much emphasis on materialism.

9. They Can Be Debbie Downers

Capricorn’s ruling planet Saturn is referred to as the “greater malefic” in traditional astrology, which alludes to the way its stern and sobering presence could be a buzzkill in a zodiac chart. Because of this influence, Capricorns have a tendency to be a little pessimistic and sarcastic, and they’re not afraid to burst someone’s overly-idealistic bubble with some cold, hard truth.

10. They Make Everything A Transaction

As one of the no-nonsense earth zodiac signs, Capricorns are pragmatic, materially focused, and business-minded. However, sometimes Caps can be a little too transactional, especially if this extends into their personal lives. They’re constantly assessing what can be gained from people or situations, which can hinder their ability to simply enjoy things at face-value.