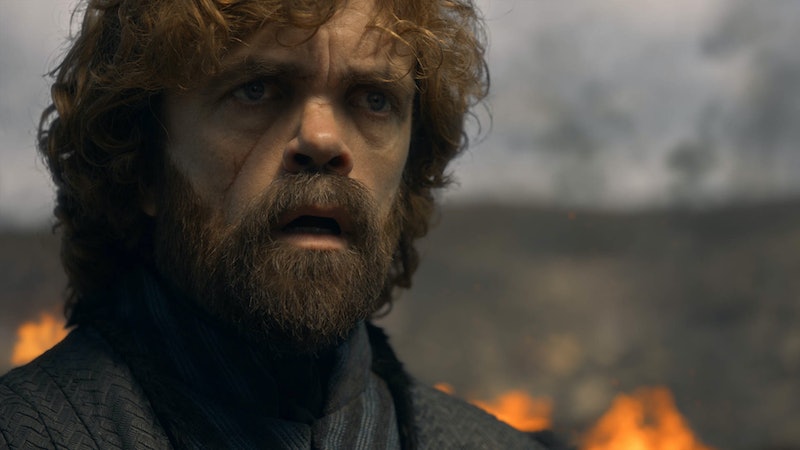 "I have a tender spot in my heart for cripples, and bastards, and broken things" — that's what Tyrion said to Jon in Season 1, when they met at the Wall. “The world will always need a home for bastards and broken men" is what Tyrion says in the series finale. It's the second of two "prison talks" that the characters have in the episode. The first occurs when Tyrion is imprisoned, and he and Jon to figure out what they should do in the aftermath of Daenerys Targaryen flattening King's Landing with fire and blood, he repeated the sentiment. The second, where the callback appears, happens when Tyrion is freeing Jon Snow after he was imprisoned for killing Daenerys Targaryen. The council sends Jon back to the Wall as punishment, knowing full well that this is hardly a punishment for Jon Snow. Tyrion's little callback also may have motivated Jon in his decision to lead the homeless Wildlings back out of Westeros, and likely never come back.

Tyrion was talking about himself and Jon in Season 1, but that sort of applies to everyone who ended up "winning" or surviving Game of Thrones. Brandon Stark, who is technically King now, was crippled in the first episode of the series. Tyrion even names him "Bran the Broken," even though "Bran the Rebuilder" would have been more fitting. Everyone was broken, in one way or another, by the events of the last few years in Westeros. Meanwhile, Jon Snow and Gendry were both bastards, and both of them rose above that station.

It's easy to focus on all of the rivalries on Game of Thrones. The characters who hated each other, and sassed each other, and threatened/tried to kill one another. But there are a lot of characters who genuinely liked and respected one another too. Tyrion and Jon may not have spent much time together on screen, but they had that moment of bonding in Season 1 and spent the last two seasons as allies, if not friends.

Tyrion actually seemed to like most of the Starks. He respected Cat and Sansa more than most other people too. It's no wonder that he advocated for Bran to lead the Seven Kingdoms. Tyrion is, like all of us, a fan of that honorable wolf pack.

Anyone else also shocked that he, like, lived through the end of the series? After all of the schemes he pulled and the people he betrayed, the cleverest Lannister finally got to do the job he really wanted to do. Maybe, if we'd paid better attention to the "cripples, bastards, and broken things' theme we would have figured out that they were always meant to inherit Westeros.