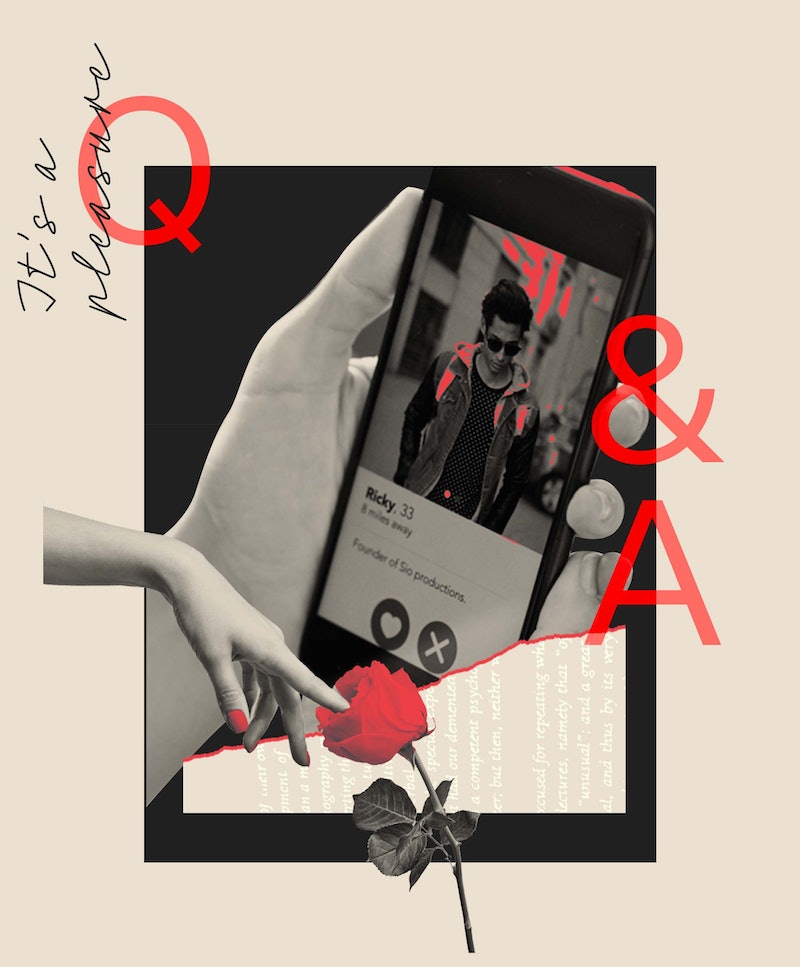 Q: I am 29 years old, and the last semi-healthy relationship I had was back in 2016 (I know). Since then, I've had a lot of changes in my life (both professionally and personally) and dating took a second seat in terms of my priorities.

Then, the pandemic hit, and that's when I realized, or slowly became mind-numbingly aware of, how incredibly single I have been for a few years. I want to start dating and meeting people again, even if it's just as friends.

However, my past experiences with dating apps have led to meeting/hooking up with jerks, and I am tired. It gives me anxiety, and I also feel incredibly naked online. As a woman, I am not a stranger to a man reacting in anger if I refuse to exchange phone numbers or meet right away. I don't think I have the mental capacity to put myself through this process again.

Do you have any advice for someone looking to meet someone new without having to create another Hinge or Tinder profile?

A: I am fully, fully in support of people not using dating apps. Let me first make sure I get all the caveats in here: dating apps can be really wonderful. People do meet on dating apps all the time and have precisely the type of relations that they’re looking for. It’s hard to meet people these days because of COVID and the fact that we don’t all live in a small town where we go to the one diner for milkshakes and spouses. Dating apps, on their face, offer a way out of that. They allow you to meet people you’d never meet otherwise.

That said, I think the success stories are mostly because of the sheer number of hours people are putting in on those apps. The percentage of time spent on a dating app that leads to a good interaction that is what you were actually looking for with a person you’re actually attracted to is 0.01% (I’m making that up, but doesn’t it feel true?). Most of the time, even when the people you’re talking to aren’t creepy or angry or inappropriate, the interactions on the app go nowhere. In other words, dating apps make people feel as if they’re doing something, working towards an outcome they want — meeting up with a person they’re attracted to — when they are really more like busywork. And that gets discouraging, even for the most indefatigable amongst us. Again, is it possible for someone to meet a hottie hottie hunk via an app? Yes. Of course! But usually that magical meeting comes after months of time spent getting rejected or creeped out or simply bored by strangers you would normally not have to interact with.

My rule is this: If something about dating makes you feel bad, don’t do it. That goes for anything, not just dating apps. If something you’re doing repeatedly makes you feel discouraged, disgusted, rejected, or violated, you gotta stop. Dating can and should be fun! Meeting people should be a good time.

For you, it sounds like dating apps are not a good time. So where do you meet people instead? The same place you met all the other people in your life! Out! You meet them at work, though family, at a dodgeball game, at a night class, after you accidentally rear-ended them in the Trader Joe’s parking lot. The possibilities are endless. There is no one good place to meet the love of your life.

No matter how you go about it, though, it will take time. There is no way to hurry along the process of finding someone you dearly love. So don’t turn this process into an indictment of you. Meeting new people as an adult is hard. It takes courage and energy and money and time. And that’s just meeting new friends, not even meeting people you’re interested in dating or falling in love with!

When I was 24, I moved out of an apartment with two friends to move in with my boyfriend. Around the same time, my best, best friend lived in another country, another friend of mine turned out to be toxic, and yet another friend entered into a very time-consuming grad program. Despite having a boyfriend (who I lived with!), I was lonely. Often. I was desperate for a friend who wanted to do things with me. I got along well with my boyfriend’s friends, but I wanted a real, actual friend who talked about the things I liked talking about, who wanted to go to the kinds of bars I liked going to, someone who was easy to be around. I was so lonely that one night when a friend canceled plans to meet up with my boyfriend and me at the movies, I cried in a bar. I took my loneliness and instead of seeing it as a normal — albeit excruciating — phase of human life, I decided it was a reflection of my flaws. I told myself horrid, mean things about why I didn’t have friends, which, surprisingly, didn’t help. I tried my very, very hardest with people. I invited people to things, I showed up every time someone asked me to hang out, and if someone moved into town (which happens a lot in LA), I was there trying to welcome them to the city, aka become their best friend. But none of it worked. I mean, I got along with people, but I couldn’t force closeness.

And then one day an intern at work was asking what bars were good to go to because she was new to LA and I was the only one in the office who was around her age, so I took her out and we became best friends. It was at least a year after I started wanting, craving a best friend. I just couldn’t make it happen.

Get out there. Not just to meet a potential partner, but to keep your life full.

Similarly, you cannot force a great dating partner to appear, no matter how hard you work at it. It will happen when it happens and not a moment before.

That doesn’t mean I wasn’t sad and frustrated the year before I met my best friend! I was! You can be sad and frustrated, too! You can rant all you want about how bullsh*t it is that you really can’t hurry love. There’s no formula to follow that results in a good person whom you’re attracted to who is also attracted to you, who is looking for exactly the same level of relationship you are. There just isn’t!

Getting out of your house certainly helps. It’s very hard to meet people in your home unless you have a lot of plumbing work that needs to be done over months and months or you fall for the meter reader. Get out there. Not just to meet a potential partner, but to keep your life full, to keep yourself interested in and optimistic about the new people you do meet. Find things you actually like doing and get involved. Urban beekeeping, community gardening, pickup basketball, architectural tours of your city, drinking at a bar. I don’t know. Be open and prepare yourself to wait; remind yourself that the amount of time it takes is in no way proportional to your desirability. Life unfurls at its own pace. Get mad at that all you want, but that doesn’t hurry anything along.