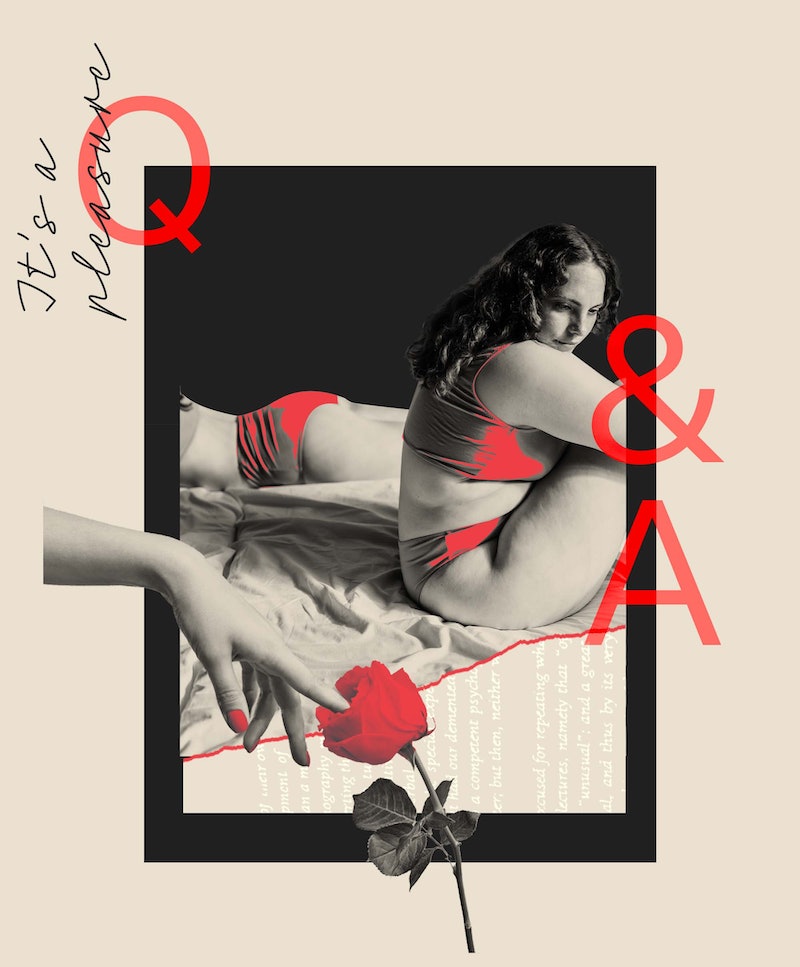 I am almost 30 and I’ve never had sex. I think my ideal at this point would be to have like nice friendly sex with a friend to like get it over with, but I don’t have friends who fit the bill (I am a bisexual woman). I worry that people of all genders would freak out if we were getting hot and heavy and I disclosed this, but I also think I would feel more anxious and weird if I didn’t tell them. It’s hard to not feel like there’s something wrong with me when both straight people and queer people will quickly make fun of someone for never having had sex (it truly happens all the time and it makes my skin crawl).

Something I like about your letter (and you!) right away: You say you’ve never had sex, but you don’t call yourself a virgin. I can only assume this means you understand that virginity is, I’m sorry to announce, fake. It’s a fake thing we made up to help make the process of selling cis women off on the marriage mart go more smoothly for cis men, and it’s had the unfortunate effect of causing too many people to define heterosexual, p-in-v sex as the only sex that “counts.” The concept of virginity is only real because we’ve made it real, which of course means we added a whole bunch of baggage around the process.

None of this is meant to erase the emotions that might come with having sex for the first time, or not having had sex. You’re in a world where you’re told that “normal” means having had sex in your teens. That messaging suggests that not having had sex makes you worthless, lesser, or undesirable, and it’s hard to love yourself soooo much that you override all that. None of that is true. Let me state that explicitly: You are lovable and desirable and worthwhile now.

I wrote a piece a while back where I asked people who considered themselves “later-in-life virgins” to write in so I could interview them; I have never had more people message me wanting to talk. Dozens of people messaged me in minutes. I couldn’t even interview half the people who reached out, but every single person I did talk to said they felt embarrassed at one point or another, and many said they had never told anyone other than me. There is so much cruelty and shame placed on people who haven’t had sex, and I’m sorry. It should not be that way. There is absolutely nothing lesser about you (or anyone) because you haven’t had a certain interaction; that’s like thinking less of people who haven’t gone snowshoeing. It’s quite literally neutral.

The reality is that it’s going to take the time it takes. You can be sad about it — that’s a very normal reaction! You can be frustrated, hurt, and angry that it’s taking you longer than you’d like to have your first sexual experience. You should allow yourself to feel all the grief you feel about it. Scream into a pillow about how you feel left out or unwanted! Cry to a best friend! Order two plates of nachos and sit in a restaurant for six hours on your own reading a romance novel! Don’t feel like you need to move on from this, or get over it. Don’t let anyone tell you that this isn’t a big deal or that you’re making it one. Society made it one; it’s bullsh*t, but here we are.

Unfortunately, there is no specific place that I can tell you to go where you will meet a magically cool person who will make your first time feel like eating a Dreamsicle on a 90-degree summer day. I don’t know where or who that person is! If I had the info, I would share, I swear.

Someday, it will happen. You will be with someone and you’ll decide that the time is right for you to have sex with them. Maybe they’ll be a friend, maybe you won’t even know their name. Maybe it will be underwhelming. Maybe it will be fantastic. Maybe you’ll be in a relationship first, maybe you won’t even tell them it’s your first time. It’s up to you. You aren’t required to stop every sexual act with another person and tell them how many times you’ve done it. It’s not like I’m going around like, “This is my 2,208th blow job,” before I go to town. (Wow, it was really hard to estimate how many beej’s I have given).

I think, however, it’s worth it to tell a potential partner. Most people will not be fazed by sleeping with someone who hasn’t had sex before. All of us had sex for the first time at some point. Also, sex with any new partner has some degree of newness to it, anyway. There are practical reasons to tell someone beforehand; a good partner would make sure to be extra communicative and might move slower and be less adventurous the first time. There is also the emotional aspect of things; to me, sex and emotions are very easily separable. But that’s not the case for everyone, and if it’s not for you — or if you suspect it’s not going to be for you — it’s probably best to give the other person a heads-up that this event might hold meaning for you. If you do think you’ll have a hard time separating emotions and sex (very normal, very healthy!) then casual sex might not be the best place to start, even with a trusted friend.

Don’t let anyone tell you that this isn’t a big deal or that you’re making it one.

The other reason to talk about it is that almost all uncomfortable but good conversations end up being worth it. All of us should get used to talking to our current and prospective sexual partners about awkward but true things about our experiences and desires. Talking about uncomfortable things pre-sex is going to have to happen at some point in your life. Either you’re sharing your STI status or you’re listening to a partner tell you about chronic pain they’re dealing with or you’re sharing that a certain sexual act makes you feel bad. If you’re open about it being your first time, your prospective partner might share something that really helps you feel safe, they might change how quickly they move, they might suggest you take the lead. Unfortunately, they also might say something in response that takes sex with them off the table. If that happens, it will suck — please don’t get me wrong; I know it suuuucks — but it will be better to know beforehand than afterward.

As with most hard conversations, the only way out is through. You can handle a conversation about sex.

You can also find a middle ground if you’re worried where you say, “Hey, can we take this slowly and can you tell me what is good for you because I have to admit I’m not very experienced?” Remember that you have the power to set the tone for how big of a deal the situation is. You have so much power over how the conversation and then the sex itself goes. Even if you’re faking it a bit, you can lay down information as if it’s not a big deal if you want: “Hey, not a big deal, but I’m a little nervous because it’s my first time. I’m not precious about my virginity but I want to give you the heads-up before we begin.” OR, if that’s not how you want it to go, you can set the tone that it is a big deal for you and ask them to respect the situation accordingly. Decide what the truth is, and share it with your future sex partner as you see fit.

Having sex with someone is not a gift you give them, it’s not a job you perform for them to judge. It’s something two people do together simply because it feels nice to rub junk. I want to remind you, not that it’s always easy to believe 24/7, that having had sex does not make a person worthwhile. It’s not a stamp of approval any more than playing tennis with someone is a stamp of approval! Both tennis and sex are just fun physical activities you can do with a friend, loved one, or stranger. You are desirable, you are loveable, you’re worthwhile. In the meantime, feel free to be as pissed off/sad/enraged as you want that it hasn’t happened yet!

Q: I'm in a happy relationship and love my partner, however, I can't help but fantasize about other people that I see as attractive. Is this a normal thing or something I should be looking into?

This could not be more normal. This is at least as common as seasonal allergies. You have nothing to look into or worry about; it’s not a sign, symptom, or harbinger of a bad relationship. Sex is one of the few places where we allow adults to be imaginative, where we can bring fantasy into our lives. As kids, we fantasize all the time — at one point, my little sister wanted to be a dragon when she grew up.

I think the lack of imagination in our lives is part of the reason adults have such a weird relationship with sexual fantasies, which are different and separate from sexual desires. Lots of sexual acts are fun and spicy to imagine (or watch or read about), but that doesn’t mean you have any interest in doing them in real life. Additionally, it’s often enjoyable to fantasize about what sex would be like with different people. That doesn’t have to mean anything other than that your mind is turned on. As long as you’re enjoying your relationship and the sex you have with your partner and communicating what you want and need with them, you’re good.