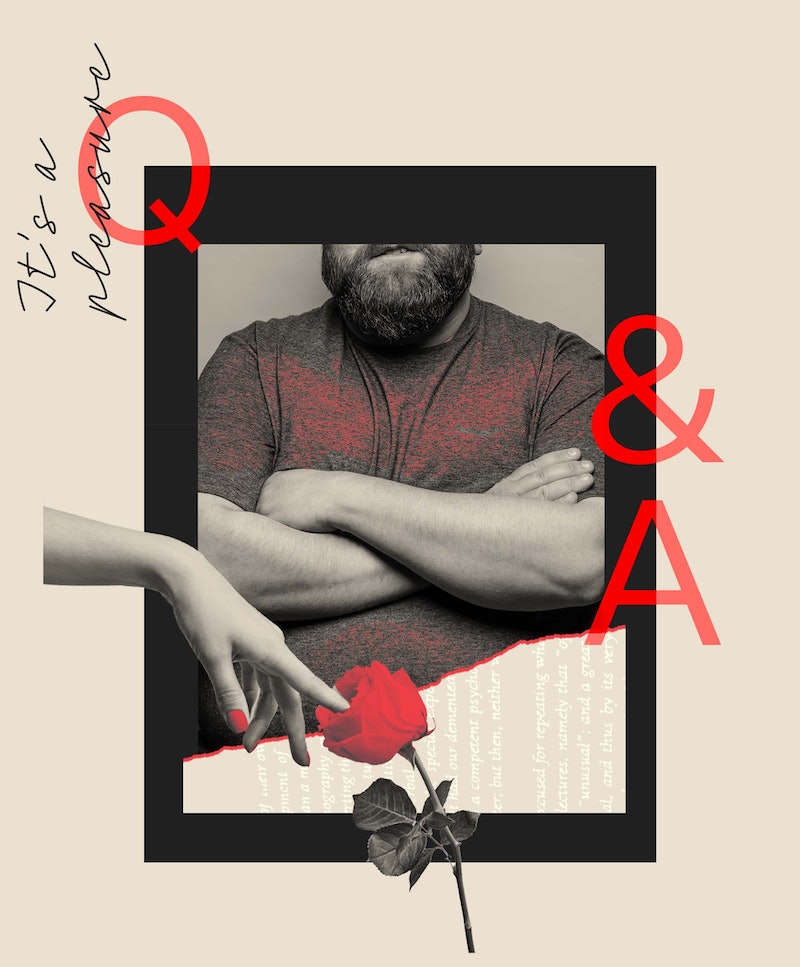 Q: Over the course of the pandemic, my boyfriend has put on about 40 pounds. He used to run, but now he hardly exercises at all, he barely even walks the dog (it's his dog and now I do almost all of the walking). His greatest pleasure seems to come from eating junk food, and lots of it. I’m no longer physically attracted to him, and I feel horrible about it. But it’s the truth.

I think he’s noticed that I’m rarely in the mood to have sex anymore, but he hasn’t said anything and neither have I. How would I say anything? I keep imagining if the situation were reversed. I’d be humiliated. I’d be angry! I’d think he was so shallow and that he didn’t love me anymore and maybe never loved me in the first place. I don’t know how to bring this up. Is it hopeless? Am I a terrible, shallow person? Does it mean I never loved him?

A: Let me begin with the easiest of your questions: This does not mean you never loved him. You loved him previously, and I’m virtually certain you still love him now. The cold, crummy, thrilling, miraculous truth of the matter is that attraction changes over time. Rarely does it abruptly drop off a cliff and nosedive, sinking deeper and deeper into a nadir of nonsexiness. More often, it waxes and wanes. The good news about this is that even though you’re less attracted to your boyfriend right now (fine, valid, morally neutral), there is opportunity for that to change, for your attraction to him to grow again.

Also, attraction isn’t purely physical. There are all kinds of things that make up our attraction to a person, including our own state of mind. If you’re in the middle of a hurricane, for example, you might not be like, “Damn, my husband Harold has really sexy calves,” even if they normally get you going. It’s normal to be less attracted to someone when they aren’t caring for themselves, when they aren’t taking initiative, when they have less of an external life going on than they did before. Often what attracts us to people is how engaged they are, how ambitious they are, or what they do without us. It makes a lot of sense for your attraction to have dipped.

It is not evil or cruel to not be attracted to your partner, whatever the reason may be. That doesn’t make you a bad person. But it also doesn’t make for an easy relationship, in part because it often leads to feelings like you described of guilt or self-flagellation. I wish — and I’m fairly certain you’d agree — that weight didn’t have such a cultural significance placed on it. It would be wonderful if we didn’t ascribe any meaning at all to someone’s weight. I’m sorry for him and for you (and for me and for everyone else not involved) that weight is such a thorny, painful, loaded topic.

That said, unless they ask, you should not be sharing your negative opinion about any aspect of your partner’s physical appearance.

The closest I’ll allow for is begging a partner to throw away a ratty pair of gym shorts or suggesting that other shoes might look better with an outfit kindly. Otherwise, if it’s a preference about their hair being another color or length, if it’s whether they look better with makeup on, if it’s about what they do with their pubes, whether they get plastic surgery, whiten their teeth, or dress like it’s 1987, I implore everyone to keep their negative thoughts to themselves. You can compliment someone to high heaven when they wear the shirt you like or when they style their hair a certain way or whatever you choose, but to share what you don’t like about their looks is a recipe for bad relationship dynamics.

And weight is one of the most sensitive appearance-related topics of all. There is nothing you have to gain from telling your partner that they’ve gained weight and that you aren’t as horny for them because of it. On top of that, he has everything to lose from you saying it. It’s not like he doesn’t know he’s gained weight. He is fully aware, I’m sure, that his body has changed. (I also want to be clear that it’s beyond beyond beyond beyond fine to gain 40 pounds at any time, and it’s especially fine to gain 40 pounds during a years-long pandemic. His body is alive! That’s great!)

To be even clearer: I AM NOT CONCERNED ABOUT HIS WEIGHT IN TERMS OF HIS HEALTH. Plenty of fat people are healthy. Plenty of fit people are unhealthy. If he has a health issue, that’s for him and his doctor to discuss — NOT you. On top of that, healthiness is not better than unhealthiness. People who have chronic illnesses who will not recover from them are not lesser than “healthy” people. Health is not moral.

What I’m concerned about is his mental health. He has stopped doing things he previously loved or at least liked. He’s stopped caring for a pet! I’m sure there are more examples that didn’t make it into your letter that are not exercise-related. A lot of people have been facing worse mental health during the pandemic, but even though it’s pretty normal and common right now, it’s still absolutely worth taking seriously. I don’t know if he is aware of or concerned about his habit changes, but if he isn’t seeing a therapist or hasn’t talked to a doctor, here’s what I would say: “Babe, I love you so much, but I’ve noticed that a lot of your hobbies have kind of fallen to the wayside recently and I’m taking care of Gingerbread (I’m guessing your dog’s name) a lot more than I used to. It’s making me concerned about you. I need you to talk to a doctor about this. I’d also love for you to go to therapy, but I know that’s a longer process. It’s very important to me that we take care of ourselves and this is part of that.” You can also bring up how you feel you haven’t been having sex as much recently and wanting to change that. Do not bring up his weight.

It may take time, but that’s OK. Love can carry you for a bit.

And then listen to him! Listen to what he says and how he responds. If he’s defensive, that’s understandable, if frustrating. If you try again and he continues to be defensive about this or won’t take any steps to care for himself, then, OK, you have a new problem.

It may take a bit of time for you to find yourself full-on, dying-to-bang attracted to him again, whether he loses weight or doesn’t. That’s OK. Love can carry you for a bit. You can be disappointed and angry and impatient and sad about not feeling horny for your partner, for how your sex life is going, for what your relationship is right now. That’s totally fine. There also may come a time when you express to him that your attraction level isn’t what it was before — I wouldn’t do this right away, because that seems like a lot of pressure. You might say something like: “I’m very sad because I feel like we aren’t as connected or romantic as before, and I feel like I’ve lost some of my attraction to you. Sometimes it feels more like we’re roommates than boyfriend and girlfriend and I’m really upset by that.” (Instead actually say what you feel though, obviously.) See what he says. Is he feeling that too? What ideas does he have? Can you go on more date nights? Can you take walks with the dog together? Can you touch each other more (gross sentence, sorry)?

This is going to take effort, time, and patience, which very much sucks. You are allowed to feel like it sucks. Just please do not take that out on him or his body. Show up, love him, give yourself a break, forgive yourself, keep loving him. As far as you know right now, he’s worth it and the relationship is worth it. If that changes — which I personally doubt — you can make another decision later.