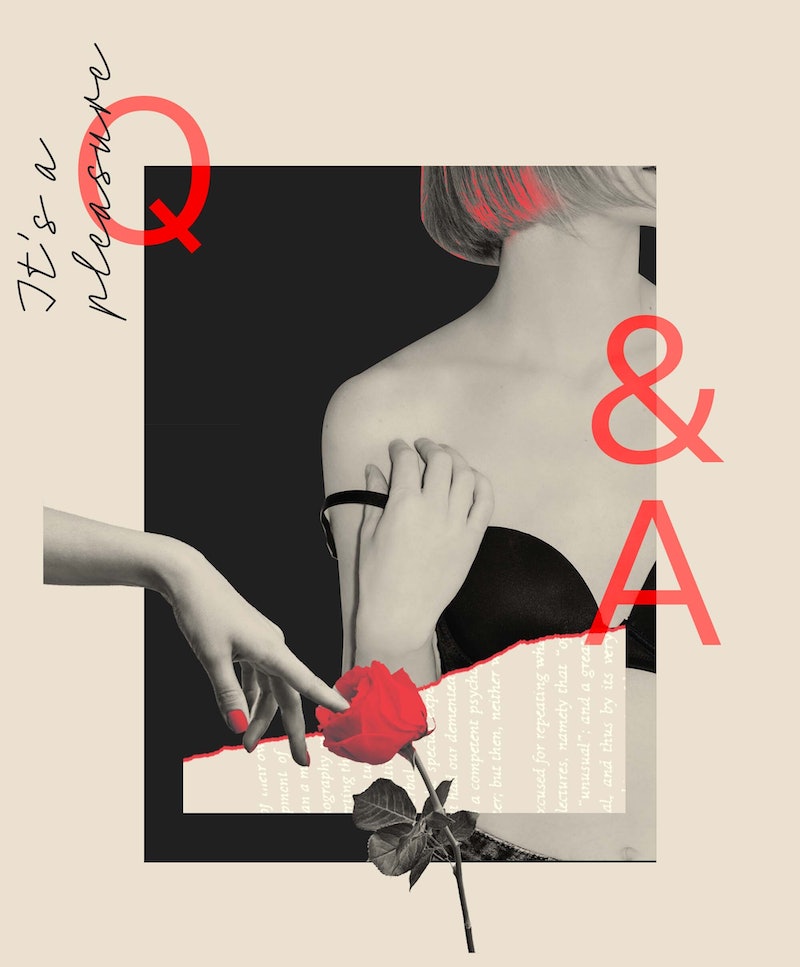 I’ve come to realize that for me to actually enjoy sex to the point of ejaculation, I either have to imagine something else (rather than being in the moment) or I have to have an emotional connection with the person. Most of the time, the first time I have sex with someone I have to either imagine something or give myself a pep talk mid-sex. Also, I can only come in certain positions.

What the hell is wrong with me? This makes me overthink having sex with others because I don’t want them thinking they’re the reason for me not ejaculating. And does it take away spontaneity if I only have like two positions which I can finish from?

A: There is nothing wrong with you. I know it’s impossible to hear that and believe it immediately, but I mean it in this sense: what you're describing is likely more common, and therefore perhaps more “normal,” than the mythical person who can come from any position in any context.

Not that being “normal” is any more moral than being abnormal. Being “normal” doesn’t actually mean very much in terms of sex, anyway — there is no one thing that’s normal, and if there were, we’d all be bored of it by now. Of course, it feels like being “normal” in bed is paramount, and we all want to impress our partners, especially early on in relationships, but as long as you’re not harming anyone, as long as you’re listening to your partner and communicating well, you’re doing great. As soon as you’re in bed with a person, what “normal” people like or dislike in bed becomes pretty irrelevant because you are having sex with that person, not some idea of an average person. And the same is true for them!

So if there are a couple positions where you can reliably come, and some where you can’t--which is super, super, super common, by the way--then communicate that to your partner! That is great info for them to have! That doesn’t mean you can’t also have sex in positions where you don’t come, just do those positions first, and when there’s a good time for you to finish, move into Old Trusty. I have done this with multiple partners, everyone I know has done this with their partners! It’s very normal to say something like, “I have to X in order to come, do you mind if we finish with that?” No one is going to think that’s even 1% weird. What works for you works for you, so you can sit around upset that thinking about one specific gif of bouncing boobies is the only thing that gets you off (as an extreme and fake example) or you can get off to that.

Ok, that’s the simple answer for the simpler question. Now we get to the harder part: what your brain is doing during sex.

To put it simply, your brain is freaking itself out. Brains do this a lot, and sometimes it’s helpful, but often it leads us to the conclusion that we’d look better with bangs. The point is that brains are dicks a lot of the time and a good percentage of life is using one part of your brain to convince another part of your brain that it needs to chill out. So what you’re doing when you imagine something else other than sex is actually a coping technique. And to some extent, the technique is helpful--your brain has certainly judged it to be better than the alternative. I think, and this is mostly a guess, that your brain believes that the alternative isn’t just not ejaculating, but rather embarrassing yourself. And it is damned hard to convince a brain to suck it up and risk embarrassment. Brains HATE embarrassment.

I’m lacking some more detailed information, but it seems to me that there is a cycle of sorts going on for you when it comes to sex. You overthink sex so then you feel bad about it so then you start overthinking so then you feel bad...ad infinitum. And this is giving you a very difficult path to actually being in the moment. But perhaps there’s a way to use your big beautiful overactive brain of yours to your advantage: mindfulness. Many, many sex therapists spend enormous amounts of time with their patients focusing on mindfulness. They spend so much time on it not only because it’s so crucial to having good sex, but because it’s very difficult for most of us. Learning how to be mindful might be a way for you not to mentally transport yourself away from the sexual experience you’re in, but rather to be truly in it. Instead of turning your brain off completely, reroute its thinking.

Mindfulness is difficult. Look at how we treat masturbation, as an example. It’s something that, for most of us, we were taught to do quietly and secretly. Something we were not supposed to talk about. And for most of us, it’s one of our earliest sexual experiences. What should, in theory, be a pleasurable exploratory time with your body is made weird and sinful, or at least the butt of jokes. I’m not advocating for public jerking off!!! I’m just pointing out how our sexual origins as people are not about being in the moment or feeling pleasure, they’re about making sure you don’t hear footsteps down the hall. OF COURSE your brain is a little reluctant, or just plain bad at, getting into the moment when it comes to sexual pleasure.

One thing that stuck out to me about your letter is the part where you say that you find it easier to orgasm if you have an emotional connection to the person you’re having sex with. I am a huge proponent of casual sex, so I’m not going to tell you to only have sex with people you have an emotional connection to or anything, but I do want to let you in on a secret: that’s pretty fucking common, too.

Lastly, I strongly urge you--and I know this sounds counterintuitive--to not make orgasming The Focus of sex. Orgasming is fabulous; I love orgasms! But if you focus too hard on coming, the event tends to become pressurized, which tends to make your orgasm more elusive. On top of that, while orgasms are fantastic, they are not, or at least they should not be, the only enjoyable part of sex. Being present during the build up is going to help you at the end, too! Imagine fastforwarding through a movie and only watching the last four minutes; the ending wouldn’t be very satisfying. Try your best to stay in the moment throughout sex, but don’t beat yourself up if your brain starts to wander, just bring it back in with a simple mental shake and a, “Hey buddy, we’re having sex now. That’s pretty cool; let’s enjoy it.”